Airlines have for years opposed the tax, arguing that getting rid of it would increase revenues from other sources and provide a 16 billion pound boost to Britain's GDP over the first three years. 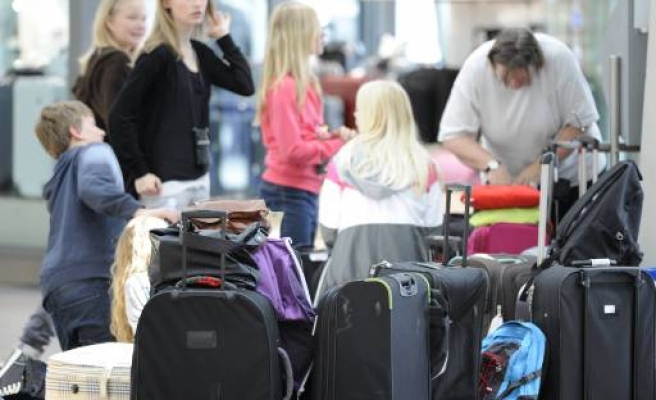 British finance minister George Osborne said he would make it cheaper for families to travel by scrapping an air travel tax charged for children, prompting airlines to call on him to go further and also abolish the levy in its entirety.

Britain's APD is a tax of between 13 pounds ($20.5) and 194 pounds depending on flight distance and class of travel charged on each passenger leaving the country, and which the airline industry says has a negative impact on the economy.

Presenting his half-yearly budget statement to parliament on Wednesday, Osborne said that from May 1 next year, air passenger duty (APD) would not be charged on children under 12 and from 2016, it would be abolished for all under-16s.

"APD must be axed in its entirety," Willie Walsh, the chief executive of British Airways-owner IAG said in a statement. "The UK still has the highest flying tax in the world and it should be abolished to allow the aviation and tourism industries to flourish, to the benefit of the wider UK economy."

The scrapping of the charge on children pushed up airline stocks with easyJet, British Airways-owner IAG and Flybe extending earlier gains to trade up 2 percent, 1.6 percent and 4.7 percent respectively at 1459 GMT.

"The boost that the airlines are getting right now is in part due to the exemption of the children from the tax itself, but also there's potential for the whole tax to be scrapped in due course," Jasper Lawler, market analyst at CMC Markets, said.

Airlines have for years opposed the tax, arguing that getting rid of it would increase revenues from other sources and provide a 16 billion pound boost to Britain's GDP over the first three years.

easyJet's chief executive Carolyn McCall said the company would refund APD for customers who have already booked tickets for flights after next May.

"We support anything which makes travel easier and more affordable for our passengers and we hope this is the first step towards the complete abolition of APD."

Scotland was earlier given the go-ahead to slash APD if it so chooses under a new tax deal with Britain, potentially giving Scottish airports an advantage over rivals south of the border in England.