British Airways and the union representing its cabin crew restarted talks in a bid to end a long-running dispute with airline staff and prevent further walkouts. 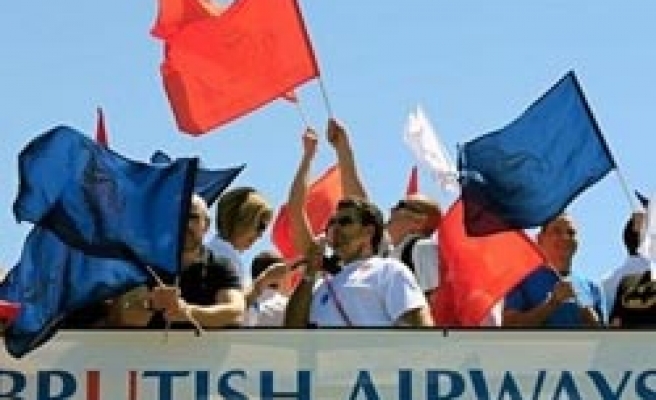 British Airways and the union representing its cabin crew restarted talks on Monday in a bid to end a long-running dispute with airline staff and prevent further walkouts.

The Unite union has been embroiled in a long running dispute with the airline, which has resulted in a series of strikes costing BA 150 million pounds ($237 million).

"There are talks underway today but we don't know what will happen," a BA spokesperson said.

The meeting is being held under the supervision of mediator Advisory, Conciliation and Arbitration Service (ACAS).

Last month BA cabin crew voted against a revised pay offer to settle the dispute, but members are yet to be balloted over a possible further round of strikes.

Unite said last week it would take legal action against the airline over the removal of travel concessions from striking workers, which remains one of the main sticking points between the two sides.

The British carrier still expects to break even in the full year, despite reporting wider first quarter losses due to the impact of volcanic ash and strike-related disruption, it said on Friday.

BA carried 11.1 percent fewer passengers in June compared with the year before, reflecting the impact of walkouts. The airline is die to publish its traffic data for July on Wednesday.