The Royal Institution of Chartered Surveyors' seasonally adjusted house price balance jumped to +36 in July from +21 in June and just +5 in May. 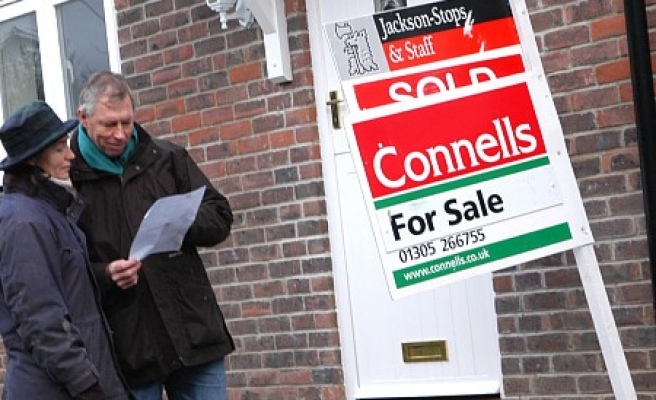 British house prices are rising at their fastest pace in seven years, according to an industry survey on Tuesday that may raise concerns that government lending incentives are creating a new property bubble.

The Royal Institution of Chartered Surveyors' seasonally adjusted house price balance jumped to +36 in July from +21 in June and just +5 in May. That was the best reading since November 2006 and one of the sharpest improvements over a three-month period since the survey began in 1978.

The survey chimes with data from mortgage lenders in showing returning confidence in the property market. Halifax last week reported annual house price inflation jumped to 4.6 percent in the three months to July and was likely to rise further in the coming months.

Britain's central bank indicated last week that it was likely to keep interest rates at a record low for at least another three years. Combined with government initiatives to lower the cost of mortgage finance and to help people onto the property ladder, that could sustain the upward momentum in house prices for some time.

Prices are now rising in all regions of the country, suggesting confidence is rippling out from London and the South East.

The balance on a national basis turned positive in March.

In another sign that market confidence is returning, the balance measuring new buyer enquiries rose for a sixth consecutive month to 53, its highest level in four years.

The strength of the property market will adds to criticism of a government scheme to offer state mortgage guarantees, due to come into force next January. The International Monetary Fund has already warned the scheme will push up prices rather than increase supply, but finance minister George Osborne insists the scheme will go ahead and run for three years, as planned.

The Bank of England will also be watching house prices closely. Governor Mark Carney sounded fairly relaxed about property inflation when he gave his first press conference last week, but the bank's commitment to keep rates at record low is contingent on inflation expectations and financial stability remaining anchored.