Just before negotiators were due to get down to the nitty gritty in the search for a deal by the end of next year, the U.S. government's partial shutdown has forced next week's talks in Brussels to be scrapped. 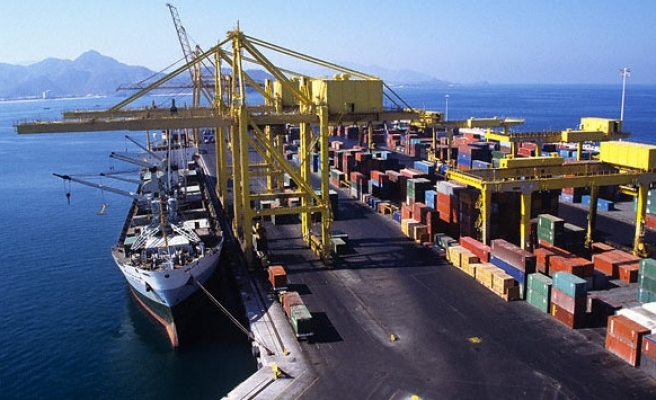 Even before the cancellation of the latest round of EU-U.S. talks, negotiations to create the world's largest free-trade deal were getting into difficulty territory.

France won a concession to leave European movies and entertainment out of the pact, to shield them from Hollywood and Silicon Valley, raising concerns Washington may pursue opt-outs for its shipping industry on security grounds.

Then the first round of talks in July were overshadowed by reports the United States had bugged European Union offices under its surveillance programme made public by fugitive former NSA contractor Edward Snowden.

Now, just before negotiators were due to get down to the nitty gritty in the search for a deal by the end of next year, the U.S. government's partial shutdown has forced next week's talks in Brussels to be scrapped.

If that were not enough, a split is emerging between Europe and the United States on one of the most critical areas of the proposed pact: finance.

"This delay is not fatal, but if the U.S. shutdown drags on and you are taking things off the table like culture and financial services, it is not a good way to start," said Stuart Eizenstat, a former U.S. ambassador to the European Union.

"This postponement may complicate the timetable of completing the talks by the end of 2014," Eizenstat said.

EU and U.S. officials say the deal, known as the Transatlantic Trade and Investment Partnership, could boost economic output by some $100 billion a year on each side of the Atlantic, creating a market of 800 million people.

After five years of crisis, both see a deal as a way to reinvigorate their economies that account for a third of world trade when China's might threatens their global standing.

So it was with some frustration that U.S. Trade Representative Michael Froman rang his EU counterpart Karel De Gucht on Friday to cancel the second round of talks because of the effects of the Congressional budget dispute.

De Gucht, who handles trade for the EU's 28 countries, said the postponement "in no way distracts us from our overall aim of achieving an ambitious trade and investment deal."

Assistant U.S. Trade Representative Dan Mullaney is expected in Brussels on Monday to find a date for a second round of talks. Much depends on the U.S. shutdown, while Congress must act by Oct. 17 in to avoid a U.S. government debt default.

Agreeing a deal by the end of 2014 is the goal of both sides, because the European Commission's term ends in November next year and the United States holds mid-term elections.

Since tariffs between the EU and United States are already low, around 80 percent of the gains of any agreement will come from creating common rules for business.

The great, hoped-for benefit is that by agreeing shared regulatory standards, many costs and hurdles hindering transatlantic business will be removed, making the two economies even more dynamic and speeding the wheels of trade and industry.

However, an emerging dispute is over finance.

The EU wants financial regulation to be a central part of the deal, whereas Washington is resisting, worried about losing control over its financial industry.

Financial ties between Europe and the United States are already huge, accounting for 60 percent of world banking. EU investors own $2.7 trillion of U.S. stocks and bonds, while U.S. residents hold almost as much in Europe.

However, the United States and European countries regulate banks, insurers and traders in very different ways, particularly in the $630 trillion derivatives industry.

Never was the difference more evident than during the financial crisis, when Washington moved quickly in 2008 to tackle problems at its banks. Five years on, the European Union is still struggling to impose order on its financial system and has had to give emergency aid to five countries.

This is mirrored in regulation, where the two sides have also clashed over the control of derivatives, with Washington demanding that global trading involving U.S. firms be subject only to U.S. rules, regardless of where it happens.

Europe wants a pact that spells out which regulators are responsible for what activities. Some EU officials even talk about creating new EU-U.S. institutions to oversee finance.

"There has been an explosion of regulatory activity," Froman said in Brussels on Sept. 30, making clear Europe and the United States could not merge their financial regulation. "That work should continue in parallel," he said.

U.S. officials fear a deal with Europe could water down their signature reform since the financial crisis, the 848-page Dodd-Frank Act, introduced in 2010 to discourage risk-taking.

In Europe there is a cacophony of approaches to regulation, despite Brussels' efforts to impose a federal-style system.

"In the United States, there are strong federal regulators," said Anthony Belchambers, head of the Futures and Options Association, which represents banks involved in derivatives in Europe. "Here in Europe, supervision and enforcement remain a matter for each of the member state's regulatory authorities. That is not going to change any time soon."