The reality is that Russia's economic problems are likely to result in a worsening situation in Tajikistan and Kyrgyzstan. 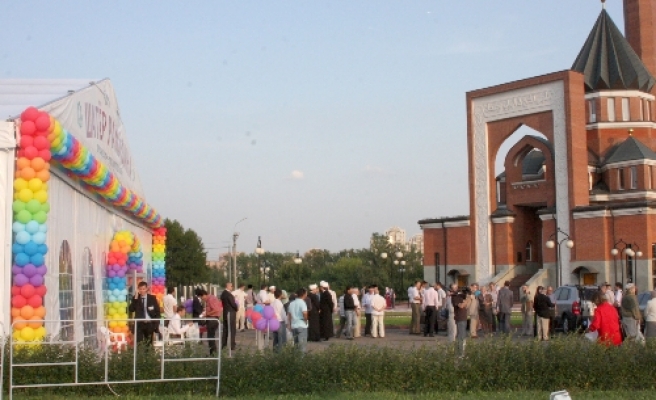 Vali Salimov quit his job at a Moscow supermarket last month after his salary was halved, and returned home to Tajikistan another migrant victim of Russia's economic downturn whose family livelihood now looks precarious.

Salimov, like millions of other migrants, used to send much of his salary back home. So as he and others leave Russia, the economies of their home countries - poor former Soviet republics like Tajikistan and Kyrgyzstan - are also feeling the pinch.

"I was paid 25,000 roubles (536 dollars) a month. Then they started paying me just 15,000 roubles. My boss said his revenues had dropped," Salimov, a father of three who also supports his elderly parents, said in the Tajik capital, Dushanbe.

Nonetheless, the 35-year-old - who could only afford to eat cheap instant noodles in Moscow - still hopes to return to Moscow in the spring. No matter how stacked the odds look, he has even less chance of finding work in Tajikistan.

On a World Bank calculation, Tajikistan was the world's biggest recipient of migrant workers' remittances last year at 42 percent of gross domestic product.

The share in neighbouring Kyrgyzstan was 32 percent, demonstrating a similar number of workers suffering the knock-on effects of the crisis in Russia, which has seen its economic growth and currency collapse as a result of falling oil prices and Western sanctions imposed over the crisis in Ukraine.

Mukhayo Zhorobayeva, a 45-year-old teacher in southern Kyrgyzstan, relies on the 26,000 roubles a month that her husband sends home from his job at a confectionery distributor in St Petersburg.

"He was not paid in October. I don't know why," she said. "I watch the news and think my husband's problems could be linked to those sanctions - they are selling fewer sweets now."

Adding to the family's troubles, her 23-year-old son Saidmaksud, a cook in the Russian city of Perm, recently returned home because his work permit expired.

About 1 million Kyrgyz citizens and over 1 million Tajiks - about half each country's workforce - work in Russia.

For Tajikistan, a state of 8 million bordering Afghanistan and China, having so many of its citizens earning a living in Russia has helped bring stability following a 1992-97 civil war. The same goes for Kyrgyzstan, a country of less than 6 million where two presidents have been overthrown since 2005.

The prospect of those workers returning home has raised not just concern about the economic impact but also worry that high unemployment could exert intense pressure on the population.

"Even partly losing this outlet to Russia could give rise to social discontent domestically, particularly if the Russian economic downturn is protracted," said Lilit Gevorgyan, senior economist at IHS Global Insight.

Worker remittances to Tajikistan dropped by $162 million to $2.517 billion in January-September, IMF data showed. As a result, Tajik growth will slow to 6.5 percent this year from 7.4 in 2013, according to Jonathan Dunn, the head of an IMF visiting mission to Tajikistan.

Tajikistan's budget envisages GDP growth of 7 percent in 2015. But a Tajik official, declining to give his name, said: "We hope for real growth of 4 to 5 percent, and these are the most optimistic expectations."

The reality is that Russia's economic problems are likely to result in a worsening situation in Tajikistan and Kyrgyzstan.