Scores of deals signed as Chinese President Xi Jinping visits France to mark half a century of diplomatic ties. 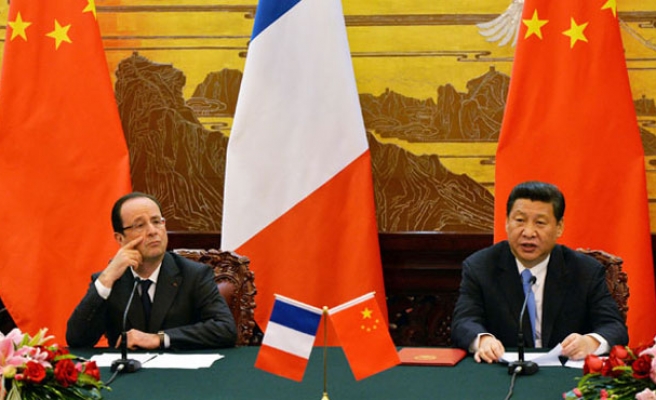 China and France have signed scores of major business deals worth €18 billion (US$27.35 billion) during Chinese President Xi Jinping's visit to France.

The two countries signed 50 deals on Wednesday in financial, nuclear and aviation sectors as they marked 50 years of diplomatic ties between Beijing and Paris.

“Eighteen billion euros in contracts means employment, growth and especially prospects for growth for the years to come,” said French President Francois Hollande in a joint press conference after signing the agreements.

The biggest deal was a Chinese order for 70 Airbus planes worth more than $US10 billion.

The order covers the purchase of 43 mid-range A320 planes and 27 long-haul A330s, said the European aviation company.

Xi and his wife began their French visit on Tuesday in the eastern city of Lyon, a former silk center that forged enduring links with China from the 16th century.

His visit to France is part of his first tour of Europe.

After visiting The Netherlands and France, he will head to Germany and Belgium.