The figure was in line with market forecasts of 6.2 percent, and compares with 6.5 percent in July. 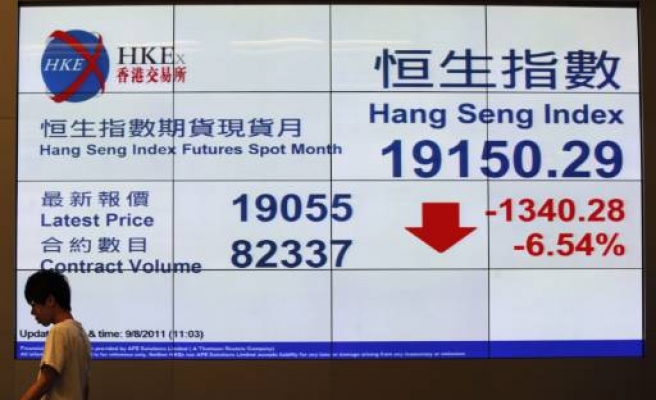 China's inflation eased slightly to 6.2 percent in August from July's three-year high, raising expectations that the central bank will hold off on further policy tightening amid worries about a global economic slowdown.

The People's Bank of China needs to keep policy tight as inflation is likely to stay elevated in the coming months and will almost certainly overshoot the government's full-year inflation target of 4 percent, analysts say.

The figure was in line with market forecasts of 6.2 percent, and compares with 6.5 percent in July.

"Consumer inflation has obviously peaked. Inflation is no longer a big problem now as we are seeing very bad industrial fundamentals and weakening external demand as shown in the PMI data," said Dong Xian'an, an economist at Peking First Advisory in Beijing.

"On the policy front, tightening steps are at least on hold now. We've seen some structural easing. In the medium term, China should speed up fiscal reforms."

Any policy easing is not on the radar screen, however, because Beijing fears such a move could fuel asset bubbles. Waves of easy money are still sloshing around the economy, boosted in part by inflows of speculative money seeking higher returns than those in sluggish Western economies.

The policy steps have cooled credit growth, the root cause of price rises, but have also saddled many smaller and medium-sized companies with higher costs that have eroded already-thin profit margins, forcing them to close or cut production.

Prices of pork in China, a primary culprit behind China's persistent inflation, will continue to rise through the end of the year as supplies remain tight and feed costs increase, a senior industry official said on Thursday.

"My first take is that the easing in consumer inflation was not broad-based in August. The main contribution is a moderation in pork price rises, said Ren Xianfang, an economist at HIS Global Insight in Beijing.

The consumer price index rose 0.3 percent in August from the previous month, after a 0.5 percent rise in July. The figure is not seasonally adjusted.

Giving a more detailed breakdown of the index, the bureau said food prices rose 13.4 percent in the year to August, with non-food prices up 3.0 percent.

The producer price index rose 7.3 percent in the year to August and was up 0.1 from July.

The government will release data on factory output, fixed-asset investment and retail sales later in the day.