China could start work on world's longest tunnel next year

The tunnel will be more than twice as long as the current record-holder linking Japan's Honshu and Hokkaido islands. 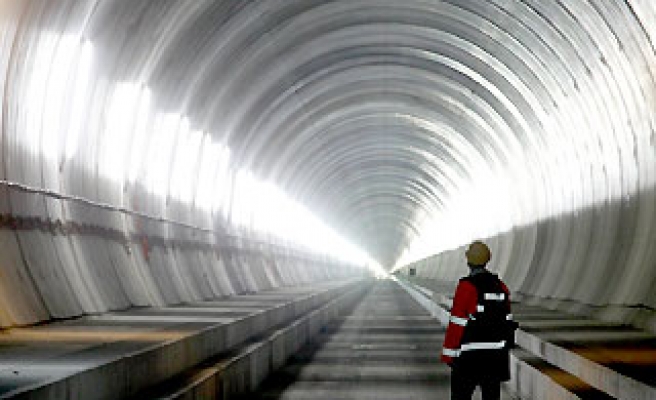 Chinese engineers will submit a blueprint to the government by April for the world's longest undersea tunnel and, once approved, work could start as early as 2015 or 2016, the China Daily newspaper reported on Friday.

The tunnel, spanning 123 km (76.4 miles), will be more than twice as long as the current record-holder linking Japan's Honshu and Hokkaido islands. It will be completed by 2026, it quoted an engineer working on the project as saying.

The tunnel will run from the port city of Dalian in northeastern Liaoning province to Yantai city in eastern Shandong, slashing travel time to 40 minutes. At present, the journey between the cities is a 1,400-km drive or an eight-hour ferry ride, the China Daily said.

China announced plans in 1994 to build the tunnel, at a cost of $10 billion, with completion set before 2010. But 20 years on, the project remains stuck in the planning stage. The project has been proposed at the annual session of China's parliament every year since 2009, the newspaper said.

Wang Mengshu, a tunnel and rail expert at the Chinese Academy of Engineering, said the estimated cost of the tunnel would be 220 billion yuan ($36.3 billion), the China Daily reported. Work on a feasibility report could take two or three years, Wang said.

In July, a state-run newspaper, quoting Wang, estimated the costs at 260 billion yuan.

The longest undersea tunnel, Japan's 54-km Seikan tunnel, started operating in 1988 after more than two decades of construction. The Channel tunnel between England and France is about 51 km long.