China seeks more concrete achievements of cooperation in the fields of high technology, environment protection and energy as quickly as possible. 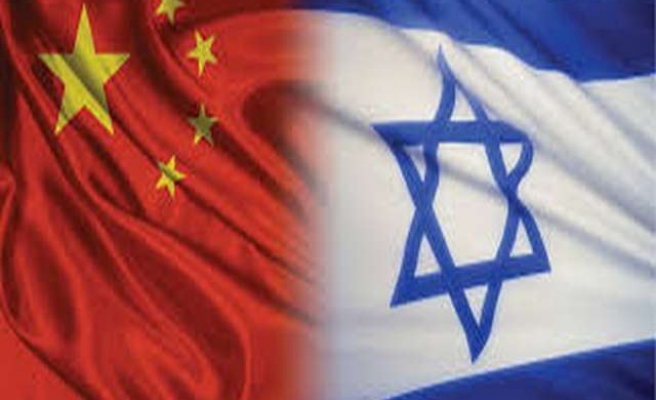 China is building a strategic presence in Israel through a growing portfolio of holdings in national infrastructure, high-tech startups and core industries, Defense News reports.

With state financing, surging investment and the support of the Israeli government, Chinese public institutions and private investors are acquiring control of key industries and gaining unprecedented access to Israeli technology, innovation and know-how.

According to the report, lured by China’s vast market and diplomatic clout with its UN Security Council seat, Israeli Prime Minister Benjamin Netanyahu has assigned top priority to expanding links with Beijing.

Chinese Foreign Minister Wang Yi visited Israel last December, since then Netanyahu has publicly flagged relief from export licensing restrictions as an essential step his government is taking to expand cooperation and trade. Israel’s National Cyber Bureau plans to include China in a Cyber Emergency Response Team to be stood up next year.

China is a lead contender for a megaproject to connect the Mediterranean coast to the Red Sea by high-speed rail with its proposal to build, operate and transfer the network with significant state financing.

Estimated to exceed US $8 billion, the twin-track railway would traverse tunnels and bridges, with a direct stop in Beersheba, the planned epicenter for Cyber and intelligence.

An Israeli government decision is expected by the end of the year. If tapped for the job, it will fortify Beijing’s footprint here for decades as a strategic alternative to the Suez Canal.

Netanyahu views the so-called Red-Med project as a way to strengthen Sino-Israeli ties, given Beijing’s heavy reliance on sea routes.

In less than four years, Beijing has amassed a controlling interest in Israel’s agrochemical industry with a $2.4 billion investment by China National Chemical Corp., and access to Israeli nanotechnology through a joint research center to be operated by Tsinghua and Tel Aviv universities, according to the report.

It also stands to benefit from a $130 million endowment for the Guangdong branch of the Technion Institute — Israel’s national brain trust — courtesy of Li Ka-Shing, a Hong Kong billionaire.

Prominent private-sector deals include last year’s $240 million acquisition of an Israeli laser firm by a subsidiary of Shanghai-based Fosun International, and the prospective sale of Tnuva, a symbolic nationwide dairy concern forged from Israeli kibbutzim.

As for high technology, China ranks a close second to the US in the number of projects co-managed by Israel’s Chief Scientist Office.

Burgeoning ties with Beijing must be carefully balanced with full compliance of Israel’s obligations to its chief ally in Washington, insists former Defense Minister Ephraim Sneh.

Any benefit to Israel from revived defense trade with Beijing cannot possibly match the invaluable political, economic and strategic support from its top ally. That said, Sneh suggests the two sides review export restrictions to China.