India has never attended an APEC summit, and has long sought to become a member to help boost its economy. 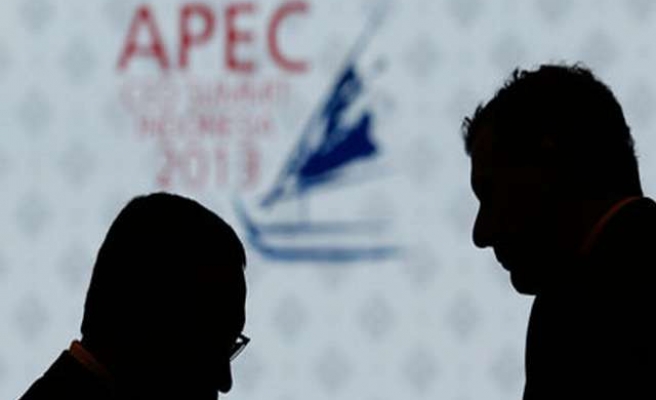 Chinese President Xi Jinping invited India on Tuesday to attend a summit of the APEC trade group in November, sending a message of cooperation during the first meeting between the new leaders of the world's most populous countries.

But behind the smiles at Xi's 80-minute meeting with Prime Minister Narendra Modi in Brazil, India's rivalry with its powerful neighbour bubbled up as the two nations argued over who would host the headquarters of a proposed BRICS joint development bank.

Xi and Modi met soon after their arrival at a summit of the BRICS group of emerging powers. Xi said the two countries should join hands in setting global rules and suggested he attend the November meeting of the 21-nation APEC in Beijing, as well as take part in Chinese-led regional initiatives.

India has never attended an APEC summit, and has long sought to become a member to help boost its economy.

The bonhomie was partially overshadowed by news that the BRICS groups - Brazil, Russia, India, China and South Africa - had not yet decided on where to locate the headquarters of the development bank they were expected to launch on Tuesday.

The frontrunners to host the bank have been China and India.

"It will be every country's desire, and so will it be India's, to have it in India, because Delhi or any city in India has its natural advantages, English-speaking, very skilled manpower, and if you look at the geographical position of all the BRICS countries, the five of them, India is very centrally located," Nirmala Sitharaman, India's trade minister, and part of Modi's entourage in Brazil, told TV network Times Now.

Leaders of the five countries were expected to a sign a deal on Tuesday to establish a $100 billion bank and a reserves fund of the same size to challenge Western dominance over development lending.

Xi also called for speedy negotiations to settle disputes over the 4,000-km (2,500-mile) Himalayan border over which India and China went to war in 1962 and which have flared in recent years over allegations of cross-border incursions.

"Xi suggested the two sides manage, control and handle differences with a positive and forward-looking attitude and find fair, reasonable and mutually acceptable solutions to their border issues at an early date," Xinhua quoted him as saying.

China claims more than 90,000 sq km (35,000 sq miles) in the eastern sector of the Himalayas. India says China occupies 38,000 sq km of its territory on the Aksai Chin plateau in the west.

Modi called for strengthening "mutual trust" and maintaining peace on the border, the government said in a statement.

His Bharatiya Janata Party has campaigned for a strong national security posture, saying previous governments have been weak-kneed in their dealings with both China and Pakistan.

But Modi has sought to build on a booming trade relationship with China while trying to balance India's security interests.

He sought Chinese investment in Indian infrastructure projects which he suggested to Xi would help address the trade imbalance currently in Beijing's favour.

APEC includes Canada, Mexico, Russia and the United States and accounts for about 40 percent of the world's population, 55 percent of global gross domestic product and 44 percent of world trade.

New Delhi's bid to become an APEC member has been stymied for two decades because its economy wasn't integrated into the global system and in later years because of a membership freeze.

The United States, the group's dominant nation, in recent months has faced calls to promote India's candidature to help balance the group on grounds that the world's 10th largest economy in nominal terms cannot be kept out.

Alyssa Ayres, a former U.S. State Department official and now a senior fellow at the Council on Foreign Relations, said in a memorandum that Washington should champion India's request to revitalise India-U.S. economic ties that have soured recently.