The data reinforced evidence that the world's second-biggest economy is slowing gently, but analysts said the easing was far from a crash landing 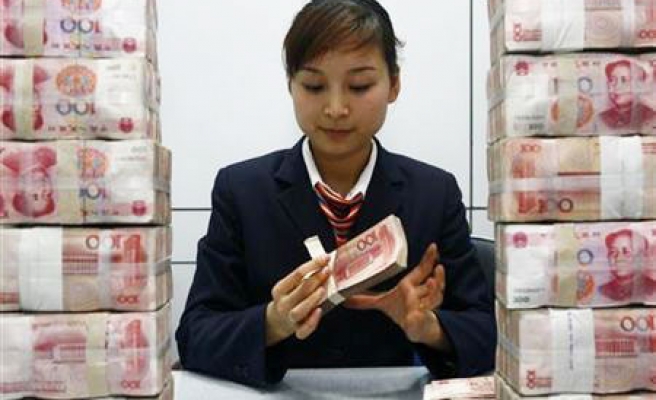 Mo China's factories struggled with their weakest activity in 28 months in July, a pair of surveys showed on Monday, as manufacturers grappled with credit shortages and softening global demand.The data reinforced evidence that the world's second-biggest economy is slowing gently, but analysts said the easing was far from a crash landing and predicted China's growth engine would expand at least 9 percent this year.

Still, many economists noted that Beijing is treading an increasingly fine balance between fostering growth and fighting three-year high inflation, especially as its monetary policy tightening campaign runs into its 10th month.

"The economy has slowed," said Stephen Green,, an economist at Standard Chartered. "I think it reduces the chance of any more (policy )tightening."

The official purchasing managers' index (PMI), which previews business conditions in factories before official monthly output data, dipped to 50.7 in July from June's 50.9, but still showed expansion and beat market forecasts for 50.1.

In a sign that the resilient domestic economy was picking up some of the slack from softer global demand, the official PMI showed new orders edged up to 51.1, from June's 50.8. In contrast, new export orders dipped to 50.4 from 50.5 in June.

Data showed output falling and factory inflation easing to its lowest since August 2010.

A separate survey conducted for HSBC, which is skewed more toward smaller companies, found manufacturing activity shrank slightly for the first time in a year.

Tao Wang, an economist at UBS, noted that after seasonal adjustments, the official PMI suggested the trend was slightly more upbeat with factory activity rebounding from June.

Yet even then, she thought Beijing was unlikely to tighten policy further for now.

With the United States and Europe mired in debt problems, investors are more sensitive than ever to any wobble in China's economy, one of the few bastions of fast growth in the world.

The U.S. economy stumbled badly in the first half of the year and came close to shrinking in the first quarter, data on Friday showed.

Bitter political squabbling over the U.S. debt ceiling may have damaged consumer and business confidence even further in the past month, despite a last-minute deal announced by the White House on Sunday.

The official PMI reading contrasted with a HSBC China PMI series that showed the index falling to 49.3 in July from June's 51.6. The output sub-index fell to its lowest since March 2009 of around 48, from June's 49.8.

In PMI releases around the world, the 50-point level typically demarcates expansion from contraction.

But HSBC has made it clear that in China, while a reading below 50 signals contraction on the month, it still points to solid growth of between 11-13 percent on the year in factory output.

While both the official and HSBC PMIs are surveys of Chinese manufacturers, their sampling profiles differ. The HSBC PMI is tilted towards private firms, which have been harder hit by China's policy tightening and lending curbs.

In contrast, the official PMI leans towards large state-owned firms that have better access to bank loans.

"China's central bank overtightened (policy) in May and June and that made the life of small firms very difficult," said Dong Xian'an, chief economist at Peking First Advisory.

"There will be no rises in the interest rates and required reserve ratio in the short term."

But with China's inflation hitting three-year highs of 6.4 percent in June, most analysts are reluctant to write off the chance of further policy tightening from Beijing.

To be sure, Beijing's official rhetoric suggests inflation remains its top policy priority, leading many analysts to believe it could raise interest rates once more this year.

China's central bank said later on Monday that price pressures would be in danger of escalating if its relaxed its policy.

Paul Tang, an economist at Bank of East Asia, predicted Beijing could raise rates once more this year. But in a nod to easing growth, he said China may delay the rate increase to the fourth quarter.

"I think the government would tone down its tightening measures," Tang said.