China has also said it would like to continue to develop "friendly cooperation" with Ukraine and that it respects the ex-Soviet state's independence, sovereignty and territorial integrity. 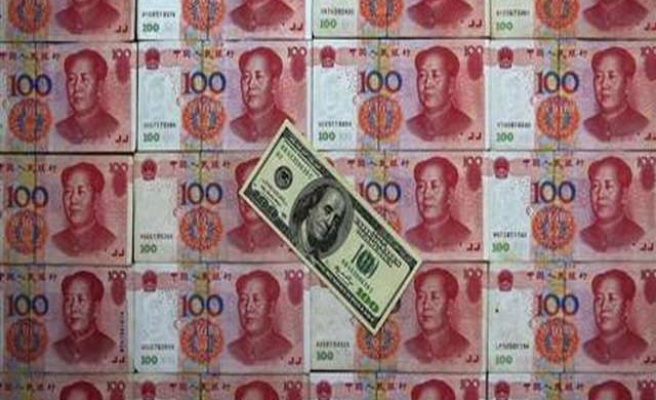 China opposed additional sanctions against Russia on Monday over accusations Moscow was sending troops into Ukrainian territory, saying the European Union's push to draw up more measures would only complicate the crisis.

The European Union on Sunday threatened Russia with new trade sanctions, but sharp divisions among leaders at a summit in Brussels left the timing of any measures uncertain.

"A political solution is the only way out, sanctions do not help to solve the underlying problems in Ukraine," Chinese Foreign Ministry spokesman Qin Gang said at a daily news briefing. "It may lead to new and more complicating factors."

China has adopted a cautious response to the crisis, not wanting either to alienate key ally Russia or comment directly on the referendum in which Crimea voted overwhelmingly to join Russia, lest it set a precedent for its own restive regions, like Tibet.

But China has also said it would like to continue to develop "friendly cooperation" with Ukraine and that it respects the ex-Soviet state's independence, sovereignty and territorial integrity.

As a permanent member of the Security Council, China has used its veto power many times over the imposition of sanctions.

Qin called on the parties to remain calm and restrained and "avoid taking further actions that could lead to an escalation of tensions".

The Ukraine crisis erupted nine months ago when former Ukrainian President Viktor Yanukovich rejected a free trade deal from the EU, triggering a popular uprising in which he was overthrown.

Moscow, denouncing the new Kiev government as "fascists" set on harming the interests of Russia and Ukraine's large Russian-speaking minority, seized and annexed Crimea and has since been supportive of rebels in the east of the country who have set up breakaway republics.

More than 2,000 people have been killed, with the toll rising sharply since the Ukrainian President Petro Poroshenko, elected in May, launched an offensive that seemed close to smothering the rebellion before Russian armour and troops began a counter-attack last week.