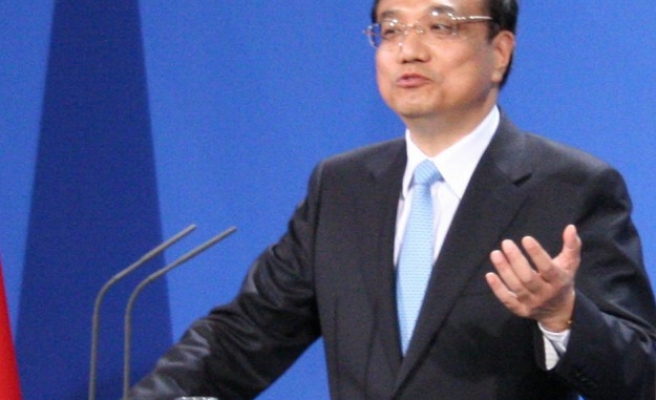 Chinese Premier Li Keqiang will fly into Britain on Monday for the first time since taking office on a visit focused on moving the relationship beyond the political differences of the past and signing more than $30 billion of deals.

Britain's relations with China took a nosedive in 2012 after Prime Minister David Cameron met the Dalai Lama, the Tibetan spiritual leader whom Beijing says is a separatist. Ties have recovered somewhat since, and Cameron visited China last year.

Tensions remain, however. Beijing warned London on the eve of Li's visit not to lecture it on the subject if it wanted good economic ties, after Britain angered China in April when it criticised its human rights record in a report.

Britain is expected to take the opportunity to announce it is easing some visa restrictions on Chinese citizens, a long-standing request from Beijing which has complained current arrangements are overly lengthy, bureaucratic and opaque.

Li will hold talks with Cameron and will also meet the Queen. China's ambassador to Britain on Friday robustly rejected local media reports that Beijing had threatened to cancel the trip if Li was not granted an audience.

In speeches to Chinese and British business people, as well as thinktanks, Li is expected to make reassuring comments about slowing growth in China to try to shore up confidence in the world's second biggest economy.

Li has signalled some flexibility in achieving this year's 7.5 percent growth target, but analysts say the government needs to prevent growth from falling towards 7 percent, something that could fuel job losses and threaten social stability.

Boosting business between Britain and China is one of the visit's main aims. China views Britain as Europe's most open economy and is keen for its firms to invest in nuclear and high-speed rail projects.

It also wants the government to ensure London's Heathrow airport is expanded. Two large Chinese investment funds are expected to announce plans to plough new money into Britain during the trip.

London wants to develop as an offshore yuan trading hub and there may also be deals related to that. China has said the visit should yield business deals worth a total value of over $30 billion.

"China is willing to import even more high-tech goods, services and products from Britain," Gao said.

She said she hoped Britain would push Europe to lift curbs on exports of high-tech goods to China and said Beijing wanted British help to explore an EU-China free trade deal.

Li arrives on Monday, but his main schedule is on Tuesday and Wednesday, after which he is due to fly to Greece for a June 19-21 visit.

In Greece, Li is expected to focus on the debt-ridden country's privatisation programme and the opportunities it offers Chinese firms.

He is likely to visit Piraeus port, which is being privatised and where China's Cosco has been short-listed to buy a majority stake, and Crete, where Greece is seeking investment in a new major airport estimated to cost 1.5 billion euros ($2.04 billion).