Beijing has repeatedly urged Washington to protect its dollar investments, estimated to account for about two-thirds of its $3.2 trillion in foreign exchange reserves, the world's largest. 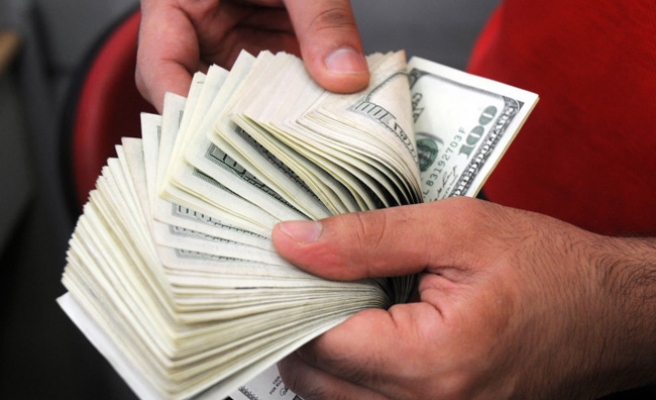 The remarks by Zhou Xiaochuan, head of the People's Bank of China, were China's first official response to the passage of a U.S. deficit-cutting deal after weeks of bitter wrangling that alarmed financial markets and brought the country to the brink of what some pundits predicted would be a catastrophic debt default.

As the largest creditor to the United States, China is particularly vulnerable to U.S. debt strains. Beijing has repeatedly urged Washington to protect its dollar investments, estimated to account for about two-thirds of its $3.2 trillion in foreign exchange reserves, the world's largest.

Zhou welcomed U.S. progress in dealing with its debt problems but urged Washington to take what he called "concrete and responsible" measures to bolster confidence in U.S. Treasuries, of which China is a major buyer.

"Big fluctuations and uncertainty in the U.S. Treasury market will influence the stability of international monetary and financial systems, thus hurting the global economic recovery," Zhou said in a statement posted on the central bank's website.

"We hope that the U.S. government and the Congress will take concrete and responsible policy measures ... to properly deal with its debt issues, so as to ensure smooth operation of the Treasury market and investor safety."

Due to the vast size and deep liquidity of the Treasury market, U.S. government bond yields are often the benchmark for the pricing of other financial assets around the world.

So a sharp spike in U.S. yields may roil markets and raise borrowing costs, endangering global economic activity. Investors who hold Treasuries as collateral would be hurt, too.

Zhou made the remarks after U.S. President Barack Obama on Tuesday signed into law a measure to cut spending and raise the U.S. debt ceiling, averting a default on government financial obligations.

"We welcome such progress," Zhou said. "We will further study details of the measures and closely monitor how they would be implemented in various stages."

Markets are now waiting to see if credit rating agency S&P cuts the prized U.S. AAA rating. The debt plan calls for savings of $2.1 trillion over 10 years, nearly half the amount S&P has said would be enough to support the current rating.

Moody's and Fitch confirmed their AAA ratings on Tuesday but threats of future downgrades remained.

Zhou's comments come as a Chinese ratings agency cut its credit rating for the United States to A from A-plus, saying the latest debt deal does not improve the nation's debt-paying ability in the long run .

China has said it intends to diversify away from U.S. Treasuries. In an announcement last week, the State Administration of Foreign Exchange said it would press ahead with such moves.

The euro, by far the best alternative to the dollar, is also mired in the bloc's debt crisis.

Although China has lobbied for the IMF's Special Drawing Right to become a global substitute to the dollar as a reserve investment, it concedes such a system is years away from being adopted by the world.

Some Chinese economists warned that the government spending cut plan might mean a slower U.S. recovery that could drag on China's own economic growth.

"U.S. consumption will be definitely hurt a lot by the austerity deal and we can no longer count on the once-biggest foreign market in the future," said Ding Yifan, a researcher at the Development Research Centre under the State Council.

He added that the U.S. debt problem could spur China to hasten its economic restructuring, which aims to lessen its reliance on external demand for economic growth and increase the focus on domestic consumption.

"Such a shift could also warrant us an end to a quick accumulation in foreign exchange reserves and reduce our exposure to the turbulence in U.S. treasury market," he said.

Chinese media were harsher in their judgement.

A commentary piece by the official Xinhua News Agency said on Wednesday that global investors had been kidnapped not only by the U.S. economy but also by the country's domestic political squabbles.

"In order to get the maximum gain, the (United States') two parties turned a blind eye to the global economic turmoil and market jitters, scuffling with each other until the last minute," it said.

It added that the debt deal was a product of a fierce political tussle and would not get to the root of the problem, instead sowing the seeds for future debt risks.

"Now, it may become a consensus of the global market that there are risks in U.S. treasuries and that it's best not to get involved too much with them," said the commentary.

Li Xiangyang, a researcher at the Chinese Academy of Social Sciences, said in an article that China must stop investing its foreign exchange reserves in dollar assets to make China less vulnerable to fluctuations in the value of the dollar.

"The raising of the U.S. debt ceiling is a double-edged sword for China," Li wrote in an article published in the People's Daily's overseas edition.