The two main indexes both fell 7.7 percent, their biggest losses since June 2008 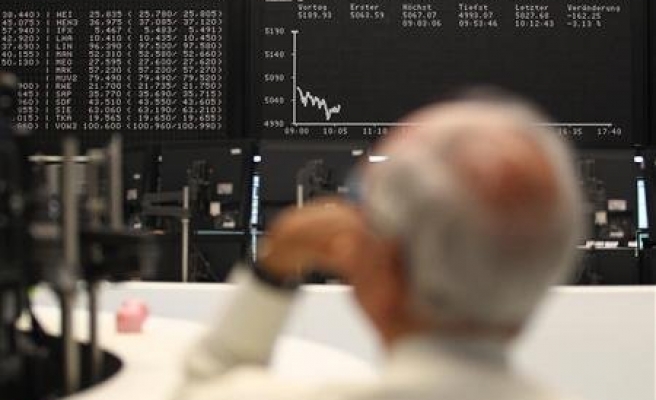 China stocks suffered their biggest one-day percentage drop since the global financial crisis, dragged down by record tumbles for banks as authorities battled market speculation that fuelled a late 2014 spurt in share prices.

The two main indexes both fell 7.7 percent, their biggest losses since June 2008, and the plunge wiped out around $315 billion of market value from the Shanghaistock exchange, the country's biggest.

The CSI300 index of the largest listed companies in Shanghai and Shenzhen ended at 3,355.16 points and the Shanghai Composite Index at 3,116.35.

The China market was one of the world's best performers in 2014, thanks to surge of more than 40 percent in the last quarter. That was led by brokerages, which tumbled on Monday as authorities took steps to slash speculative trading.

Monday's fall came a day before China reports fourth-quarter and full-year economic growth data. It is expected to report an annual 7.2 percent pace, which would be the lowest in 24 years.

Cao Xuefeng, head of research at Huaxi Securities in Chengdu, said the GDP data could hurt the market as "when sentiment is low, data announcements can have a very negative impact".

He said the downward trend for Chinese share prices "is unlikely to change before Chinese New Year," which comes in mid-February. "It's possible the market will drop another 10-15 percent within the next month," he predicted.

Du Changchun, an analyst at Northeast Securities in Shanghai, said the regulation on "entrusted loans" and the margin-trading penalties "hinder capital inflows, which have been the most significant reason behind the market's recent rally."

The banking sub-index plummeted by a record 10 percent, while the broader financial sub-index sank a record 9.6 percent. Chinese shares are allowed to rise or fall a maximum of 10 percent in a day.

All China CSI300 stock index futures were down at least 10 percent, except the September index which dove 11.7 percent.