Bank cites high financing costs and financing difficulties as challenges that need to be addressed to sustain growth. 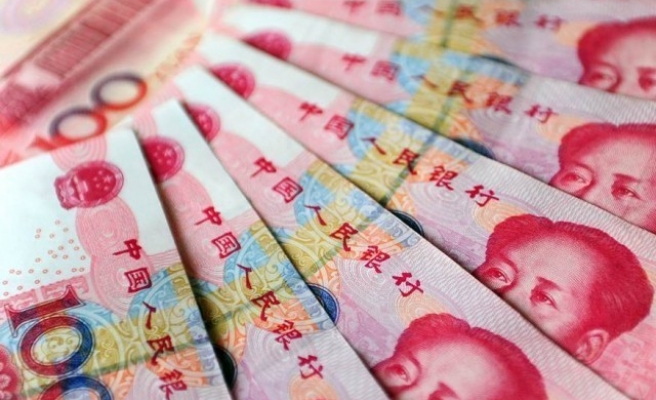 China cut interest rates unexpectedly on Friday, stepping up efforts to support the world's second-biggest economy as it heads towards its slowest expansion in nearly a quarter of a century, saddled under a mountain of debt.

But the central bank, keen to show it was not back-tracking on economic reforms, twinned the move with a slight liberalisation of the rates banks pay to borrowers in a bid to ensure millions of savers do not see their incomes hit.

Beijing's first rate cut in more than two years comes as factory growth stalls and the property market, long a pillar of growth, is weak, dragging on broader activity and curbing demand for everything from furniture to cement and steel.

Many companies have also been struggling with debt, as slowing sales crimp their ability to pay back loans racked up in a nationwide frenzy of borrowing from 2008-2010 when Beijing used economic stimulus to offset the effects of the global financial crisis.

"It will obviously reduce financing pressures for bank borrowers. Typically those are larger companies, state-owned companies, so they're the main beneficiaries of this," said Mark Williams, chief Asia economist at Capital Economics in London.

European shares and other growth-sensitive commodities all leapt as China's move to cut rates gave markets a welcome lift after a week where data has shown its giant economy faltering.

While the move acknowledged the risks to growth and marks a stepped-up effort to ensure the economy stays on track even as it is expected to slow to a 24-year low of 7.4 percent this year, the central bank took pains to signal that it was not simply moving towards a looser monetary stance.

In a break with earlier practice, it issued a long statement accompanying the announcement explaining the rationale for the policy step, which included giving banks more leeway in setting their own interest rates for depositors and borrowers.

"The problem of difficult financing, costly financing remains glaring in the real economy," the PBOC said, adding that it was especially keen to help smaller firms gain access to credit.

For one-year deposits, banks may now pay depositors 1.2 times the benchmark level, up from 1.1 times previously. It also scrapped limits on interest rates for long-term deposits of five years, and simplified its system of benchmark rates for loans.

"They are cutting rates and liberalising rates at the same time so that the stimulus won't be so damaging," said Li Huiyong, an economist at Shenyin and Wanguo Securities.

But many analysts had expected the central bank to hold off on cutting interest rates for now, as authorities have opted instead for measures like more fiscal spending.

The jury is still out on how much the rate cut will actually prompt more lending. The PBOC uses other levers such as reserve requirement ratios to limit the amount of cash banks have on hand to lend out.

However, even simply reducing the debt burden on companies will ease the pressure on many, which could help avert one of the biggest potential risks to the economy - that of bad loans leading to a debt crisis.

While the asymmetrical cut in interest rates - the fall in the lending rate is more than that in the deposit rate - will shave banks' net interest margins, many of the country's lenders appear to be in a position to weather that challenge.

Net interest income after loan-loss provisions at Agricultural Bank of China , China Construction Bank and Industrial and Commercial Bank of China grew by 12 percent or more during the first nine months of the year, compared with a year earlier.

China's rate move comes after the Bank of Japan sprang a surprise on Oct. 31 by dramatically increasing the pace of its money creation, while European Central Bank President Mario Draghi shifted gear on Friday and threw the door wide open to quantitative easing in the euro zone.

"There is definitely more concern around about the state of the global economy than there was a few months ago, you see that not just when you talk about Europe," British finance minister George Osborne told an audience of business leaders in London on Friday.