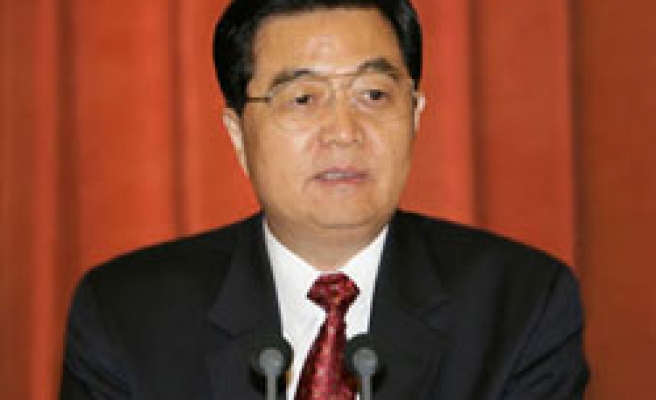 Chinese officials made the conciliatory public comments in meetings with the U.S. National Economic Council Director, Larry Summers, and Deputy National Security Adviser Thomas Donilon. Both were in Beijing for talks.

Washington and Beijing are drawn together by economic and diplomatic interests, but this year has brought bursts of contention over U.S. row on yuan currency, Internet policies, U.S. arms sales to Taiwan, Tibet, U.S. military drills with Sourt Korea, Chinese territorial charhes in the disputed South China Sea.

U.S. officials have said President Hu is likely to visit the United States early next year -- an important but tricky political trophy for a Chinese leader -- and Chinese State Councillor Dai Bingguo stressed hopes for an amicable atmosphere.

"Quiet and in-depth dialogue is better than loud haranguing," Dai told Summers and Donilon, in remarks made in the presence of reporters as the two sides sat down for talks.

"At present, in no other relationship between countries is it more important to enhance dialogue, strengthen mutual confidence and expand and develop cooperation than it is between China and the United States."

As a State Councillor, Dai advises leaders. His ranking in the ruling Communist Party makes him more powerful within the government than the Foreign Minister, Yang Jiechi.

The conciliatory comments from Chinese officials indicated that Beijing wants to keep friction in check, even if deep differences over economic issues and regional disputes remain.

"China-U.S. relations are developing in a generally healthy way."

Neither side has said what issues are being discussed during the two days of talks. Summers's discussions with China's top central banker, Zhou Xiaochuan, and other policy-makers are likely to include currency and trade issues.

China unofficially pegged the yuan to the dollar from mid-2008 to mid-2010, so the currency weakened against other trade partners as the value of the dollar slid.

China ended that de facto peg on June 19, but the yuan has since weakened by about 0.33 percent against the dollar, after appreciating as much as 0.91 percent on Aug. 9.

But Summers and Donilon also took an upbeat public tone.

In comments made before reporters, Summers told Vice Premier Wang that President Barack Obama "has emphasised for us the importance he attaches to a very strong relationship between the United States and China and to President Hu's upcoming visit to the United States".