Chinese economic reforms focus of talks with US

China acknowledged U.S. concerns about cyber theft of intellectual property and commitments to limit subsidies to Chinese state-owned firms during high-level talks this week. Beijing also renewed a pledge to move to a market-determined exchange rate for its currency 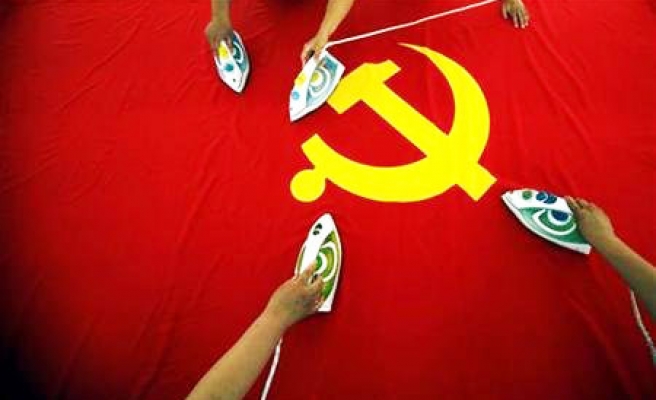 The United States won China's acknowledgement of U.S. concerns about cyber theft of intellectual property and commitments to limit subsidies to Chinese state-owned firms during high-level talks this week, the U.S. Treasury said on Friday.

Beijing also renewed a pledge to move to a market-determined exchange rate for its currency at the U.S.-China Strategic and Economic Dialogue, where one notable outcome was a decision to restart negotiations on a bilateral investment treaty.

U.S. business leaders welcomed the moves, even as some said they were largely aspirations rather than firm commitments, with some items recycled from earlier rounds of talks.

"Chinese officials acknowledged U.S. concerns over the growing problem of the cyber-enabled theft of trade secrets and business confidential information," the Treasury Department said in a statement. "China pledged to better protect against trade secret misappropriation through strengthened enforcement."

Washington has made cyber theft of intellectual property a priority with China as economic losses from theft have mounted.

Previous U.S. efforts to get Beijing to address the issue of hacking into American networks to steal intellectual property had been met with denials, and China has tended to conflate cyber espionage with cyber-enabled trade secret theft, a problem compounded by recent revelations on U.S. spying.

Beyond "deliverables" that dovetail with U.S. objectives, however, U.S. officials and business leaders saw a sign of the reform debate in China that Americans have long been hoping for.

"It is important to view this ... as a sign of robust debate about economic reform in China," said Jeremie Waterman, China director for the U.S. Chamber of Commerce. "It can be read as providing a little bit of insight into where China may want to head."

U.S. Trade Representative Michael Froman told Reuters the Chinese officials in the talks were "quite focused on how to ensure that they maintain the high levels of growth that they seek to achieve" and their pledges reflected domestic reforms.

Waterman said China's acknowledgement of Washington's cyber concerns was no small thing, but he warned there were still long-standing questions over a lack of intellectual property rights enforcement by Beijing.

Using the Internet is just a newer, faster method of stealing secrets. But the main U.S. complaints have been that penalties for those who steal intellectual property are too light, often simply low fines, and the zeal to prosecute is uneven across China.

The U.S. Treasury said China's commitment to move to a market-determined exchange rate for its currency was "a critical part of China's efforts to rebalance its economy" away from high savings and heavy investment to consumption-led growth.

U.S. politicians and labor groups have long accused China of suppressing the value of the yuan to make Chinese exports cheaper. While the currency vow is long-standing, the Treasury did take note that the yuan had appreciated by over 16 percent against the dollar in inflation-adjusted terms since June 2010 and had gained 35 percent since 2005.

The U.S. Treasury also said China would submit a revised government procurement agreement offer to the World Trade Organization by the end of the year, and begin technical talks with the United States this summer to tackle the remaining obstacles to China's compliance with WTO procurement rules.

China's previous offers did not pass muster with U.S. and European trade partners eager for access to China's vast public procurement market. The issue has been a major sticking point with trade partners since China joined the WTO in 2001.

Beijing's heavy subsidies for its state-owned firms, which give them advantages over foreign competitors, were another longstanding U.S. complaint addressed this week.

According to the U.S. Treasury, China pledged it would not favor theses firms with subsidized energy, land and water, and would devise a way to value those inputs at market prices.