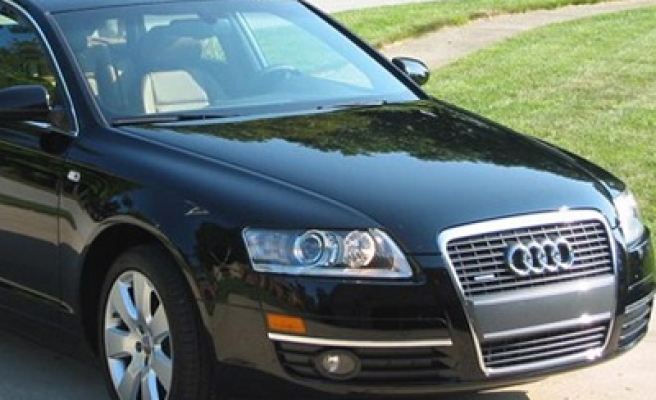 Some European politicians and transparency campaigners have raised concerns about German luxury carmakers Audi and BMW providing free cars to EU member states while negotiations were under way over strict new emissions targets.

The immediate concern is sponsorship involving the free loan of scores of luxury cars to five countries over a 2-1/2-year period that coincided with the debate over new limits for carbon dioxide emissions.

The five countries consecutively held the EU presidency during that time and were responsible for leading policy negotiations.

Critics say its continuance during the emissions debate - in which the car companies have an interest - was worrying.

"Of course, a direct conflict of interest is always hard to prove, but it can certainly be said that some German car producers have good timing when it comes to donations and sponsorships," Rebecca Harms, co-president of the Greens, the fourth largest group in the European Parliament, told Reuters.

Talks have now concluded on the proposed legislation, with a vote set for the European Parliament on Tuesday. The parliament is expected to back a compromise deal, but the Greens say they will vote against it.

Transparency campaigners are also critical of the sponsorships.

"It is very worrying that governments, in return for relatively small amounts of sponsorship money, are willing to risk damaging their credibility and that of the EU presidency," said Olivier Hoedeman, research and campaigns coordinator at Corporate Europe Observatory, a Brussels corruption watchdog.

BMW and Audi say their sponsorship was only about raising their profile in European markets. Audi, for example, said it regularly applied via tenders to provide cars for events because "it helps the Audi brand to increase both reputation and popularity".

EU member states say there is nothing wrong with accepting corporate sponsorship and several of them have proudly announced their relationship with BMW or Audi, mentioning the deal in press releases and publicity material.

The specific countries involved in this period were Denmark, Cyprus, Ireland, Lithuania and Greece, which have held the EU presidency for six months each since January 2012.

Greece, which took over the presidency in January and has free use of 69 Audi cars, sent a message on Twitter declaring: "Audi is Grand Sponsor of the Hellenic EU Presidency".

Spokespeople for the countries said they abided by rules on sponsorship, including that it must not lead to conflicts of interest.

Marcella Smyth, a spokeswoman for the Irish presidency, said that in an effort to deliver "a cost-effective presidency" a combination of contracts, including for the loaned cars, had saved a total of 1.4 million euros ($1.9 million).

She added that Ireland had used public transport whenever possible and reserved the cars for driving ministers and other officials to and from airports.

A spokesman for the European Council, which represents heads of state and government, said the council did not keep systematic records of sponsorship, but the practice of car companies providing cars for free dates back years and in the past has included non-German as well as German companies.

A senior member of a Brussels-based public affairs consultancy said there were benefits to sponsorship, but that they were limited.

"It's certainly a very visible way of getting your name out there, but I think it's a bit far to suggest that this could influence the debate, if procurement procedures are followed," the consultant said, speaking on condition of anonymity.

"It really depends on the circumstances and I don't think you could necessarily say it was good publicity every time."

A representative of another consultancy, also speaking on condition of anonymity, said: "We would not advise any of our clients to sponsor the institutions or their activities."

Although the new EU emissions rules are the toughest so far in the world, they are a dilution of the original proposal from the European Commission, the EU's executive.

The Commission officially published its proposal in July 2012, seeking an existing limit of 130 grams of carbon dioxide per kilometre (g/km) to be cut to 95 g/km by 2020.

An outline deal was first reached in June 2013, but that was torn up, paving the way, in November last year for a weaker agreement. That is the deal the parliament is expected to back on Tuesday.

Although the adjustments are relatively minor, they are enough to give breathing space to the carmakers.

While the 95 g/km target remains, manufacturers got an extra year to reach the goal. And as long as they develop low emission electric cars, they can go on making bigger cars that use more fuel and therefore emit more carbon dioxide.