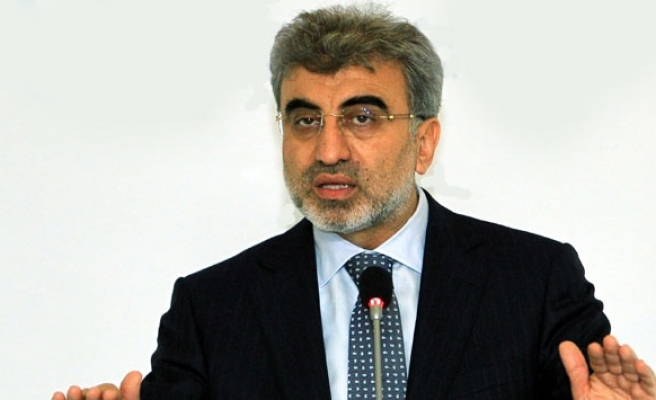 Turkish Minister of Energy and Natural Resources Taner Yildiz said on Thursday that Japan would work on 4 to 5 alternatives for the construction area of 3rd nuclear power plant.

Coming together with students, who will study nuclear engineering in Russia, Yildiz said that the construction area of 3rd nuclear power plant has not been located.

Concerning the eventual construction area of the plant, Yildiz said, "we have assigned this task to Japan, they will work on 4-5 alternatives for the settlement of the power plant."

Yildiz said the 3rd nuclear power plant would be undertaken with Turkish engineers.

Turkey's future nuclear plants, expected to be in operation in 2019 and 2023 respectively, will help the country cut 7.2 billion dollars off its energy imports, the amount Turkey pays every year to produce the equivalent energy yield from natural gas.

Turkey launched its efforts to acquire nuclear power in 1960, but made real progress only when it signed a deal in 2010 with state-owned Russian Rosatom for the construction of a nuclear plant in the southern province of Mersin.

The country has recently taken what is seen as the second major step in its nuclear bid, entering into an agreement with Japan, announced in May in a press conference by Turkish Prime Minister Recep Tayyip Erdogan and his Japanese counterpart Shinzo Abe, on a nuclear power plant project in the northernmost province of Sinop, planned to be completed by the country's centennial anniversary in 2023.

The new power plants are expected to generate a combined yearly output of 80 billion kWh, which Turkey currently buys 16 billion cubic meters of natural gas to generate, resulting in an energy bill of $7.2 billion.