Inflation is now at its highest level since September 2012, when it stood at 9.19 percent, the last time it neared two-digit levels. Similarly, the producer price index (PPI) hit 6.61 percent, a 14-month high 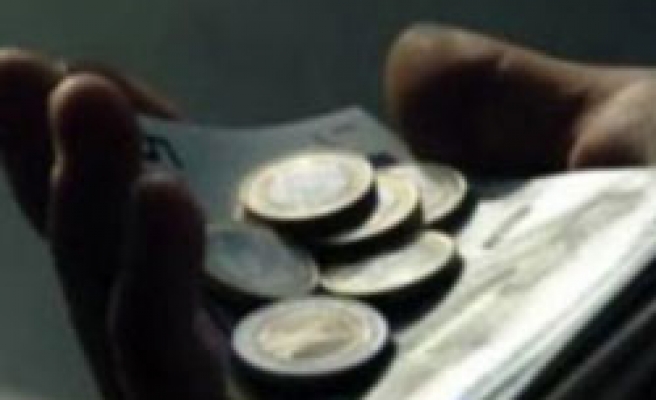 Turkey's annualized consumer inflation rate rose 0.31 percent in July over June to reach 8.88 percent, its highest level in the past 10 months, official data revealed on Monday.

Inflation is now at its highest level since September 2012, when it stood at 9.19 percent, the last time it neared two-digit levels. Similarly, the producer price index (PPI) hit 6.61 percent, a 14-month high, the Turkish Statistics Institute (TurkStat) announced on Monday.

Producer prices registered a 0.99 percent jump in July over the preceding month. The rise in inflation in July was broadly in line with economists' expectations.

Monday's data follow comments made last week by the central bank governor, Erdem Başçı, when he said the bank had increased its inflation forecast for 2013 to between 5.2 and 7.2 percent, with a midpoint of 6.2 percent. Many market observers now suggest this is not a likely a target for Turkey to realize considering the pressure of a devaluing lira as well as rising food and energy prices.

Başçı also predicted last week that July inflation would hit this year's peak. He said the bank predicts inflation will fall through to the end of the year. Earlier in July, the central bank raised its overnight lending rate by 75 basis points to 7.25 percent from 6.5 percent on Tuesday to support the lira. Observers speculate that how the central bank will react to the recent rise in inflation will occupy a key place on the agenda of Başçı's team in the months to follow.

At the start of the year, the central bank predicted inflation would be less than 5 percent by the end of 2013. Ahead of the latest revision last week, the bank expected consumer inflation to be between 4.1 and 6.5 percent -- with a midpoint of 5.3 percent -- by the end of this year. Developments regarding the lira as well as foreign currency are watched closely by the bank. The bank earlier signaled that it would fight further lira falls by tightening liquidity rather than eating further into its foreign exchange reserves. Its liquidity measures are being watched closely by the markets.

The price of food and non-alcoholic beverages jumped 12.72 in July year-on-year while transportation saw a 9.7 percent hike. Prices at hotels, cafes and restaurants rose 8.97 percent in the same period. Housing prices rose 7.87 percent in July compared to the same month in 2012.

Meanwhile, the main Turkish benchmark index, Bourse İstanbul (BIST), gained around 1 percent by the opening of the midday session on Monday. The lira hovered around 1.927 against the US dollar, a slight increase over the day's opening session. The yield on Turkey's two-year bond hovered around 8.73 percent.