Consumers confidence index down in September 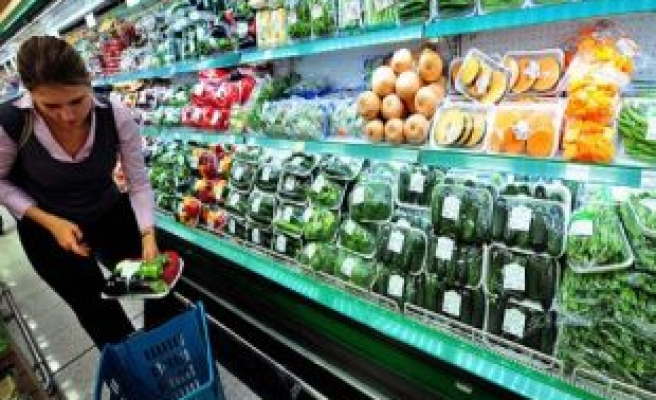 According to a joint survey conducted by TurkStat and the Turkish Central Bank, the CCI, which was 77.2 in August 2013, dropped to 72.1 in September 2013.

Consumers' probability of saving over the next 12 months decreased to 20.1 in September while it was recorded at 25.8 over the previous month, marking a 21.9 percent decrease.

TurkStat said that the expectation index for the unemployed over the next 12 months decreased by 5.3 percent to 82.2 in September from 86.8 in August. This decrease stemmed from the increase in the ratio of people expecting an increase in the number of unemployed persons.

CCI is an indicator designed to measure consumer confidence, which is defined as the degree of optimism on the state of the economy that consumers are expressing through their activities of savings and spending.