Economy minister Caglayan says "Customs Union is working against Turkey. If the EU is not going to take a step forward then we should make a Free Trade Agreement with EU in its stead." 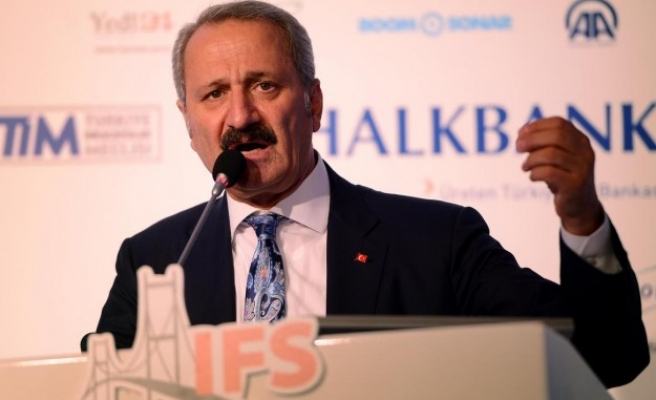 Turkish Economy Minister Zafer Caglayan came together with Danish Minister for Trade and European Affairs Nick Haekkerup, on Joint Economic and Trade Commission (JETCO) to be signed between the two states at Marriot Hotel Ankara.

Referring to Turkey-Denmark relations and Turkish economic relations with EU, Turkish Economy Minister Caglayan stated that the Customs Union agreement between Turkey and EU works against Turkey in its actual form. “If the EU will not take the Customs Union process a step forward then we should make a Free Trade Agreement with EU instead of Customs Union,” added Caglayan.

Caglayan also stated that he expects Denmark to support Turkey in the EU in lifting the visa requirement for Turkish citizens.

Recommending investment in Turkey, Caglayan underlined “We encourage Denmark to look into our investment incentive system which will have the potential to save her against the impact of economic decline in Europe.”

Haekkerup said that Denmark has just now introduced a fast track to get a business visa to Denmark, named, "Red Carpet Program."

"The name is no coincidence, we really want to roll out the red carpet and send the message that Denmark is open for business." said Haekkerup.