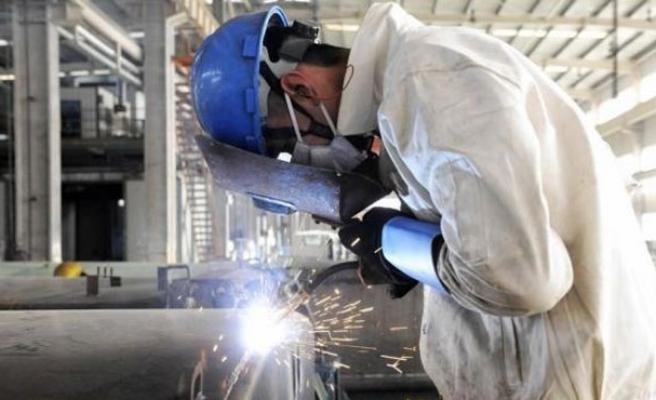 The risk of global deflation looms large for 2015 as surveys of China's mammoth manufacturing sector showed excess supply and deficient demand in January drove down prices and production.

While the pulse of activity was livelier in Japan, India and South Korea, they shared a common condition of slowing inflation that argued for yet more policy stimulus ahead.

"The slide in global oil prices and inflation has turned out to be even bigger than anticipated," said David Hensley, an economist at JPMorgan, and central banks from Europe to Canada to India have responded by easing policy.

"What is now in the pipeline will help extend the near-term impulse from energy to economic growth into the second half of the year."

A fillip was clearly necessary in China where a pair of surveys showed manufacturing struggling at the start of the year.

The HSBC/Markit Purchasing Managers' Index (PMI) inched a up a fraction to 49.7 in January, but stayed under the 50.0 level that separates growth from contraction.

More worryingly, the official PMI - which is biased towards large Chinese factories - unexpectedly showed activity shrank for the first time in nearly 2-1/2 years.

The reading of 49.8 in January was down from 50.1 in December and missed analyst's forecasts of 50.2. The report showed input costs sliding at their fastest rate since March 2009, with lower prices for oil and steel playing major roles.

Ordinarily, cheaper energy prices would be good for China, one of the world's most intensive energy consumers, but most economists believe the phenomenon is a net negative for Chinese firms because of its impact on ultimate demand.

The PMIs only fuelled bets that more monetary easing and a weaker yuan was in store for the world's second-largest economy.

"We (think) the People's Bank of China will cut the reserve requirement ratio by 50 basis points and cut the deposit rate by 25 basis points in the first quarter."

The downdraft also has spread into China's burgeoning services sector, which was the lone bright spot in the economy last year. Service activity expanded at its lowest level in a year.

The news was a little brighter in Japan, where the central bank has been pursuing an aggressive bond-buying campaign for over a year now in a bid to revive growth and shake the country out of decades of deflation.

The final Markit/JMMA PMI edged up to 52.2 in January, from an early 52.1 and December's 52.0. That marked the eighth straight month of expansion and looked to owe much to the sustained weakness of the yen.

One in every 10 respondents reported higher orders from abroad, with some mentioning a recovery in demand.

Improving exports were also a feature of South Korea's PMI which returned to growth for the first time in five months, with a rise of 1.2 points to 51.1 in January, the highest reading since May 2013.

The survey found international demand expanded for the first time in 10 months with firms finding new foreign clients, including from Russia. But trade data on Sunday highlighted the impact of a sustained slump in Europe and China's slowdown.

India's manufacturing activity continued to growth in January, though the headline index eased a touch to 52.9 from a two-year peak of 54.5 the month before.

Importantly for the prospect of more policy stimulus, cost pressures were the mildest in 70 months as commodity prices fell. The Reserve Bank of India has already surprised by cutting rates a quarter point to 7.75 percent.

"Sluggish growth and falling inflation reinforces our view that the RBI should deliver upfront rate cuts. We expect the repo rate to be lowered by 75 basis points in the first half of 2015," said HSBC's chief India economist Pranjul Bhandari.

Still to come was manufacturing surveys on the UK, Euro Zone and the United states, along with a measure of core U.S. inflation closely followed by the Federal Reserve.