Doubts on EU 'stress test' after only 7 banks fail

Just seven European banks failed a health check and were ordered to raise their capital by 3.5 billion euros, much less than expected. 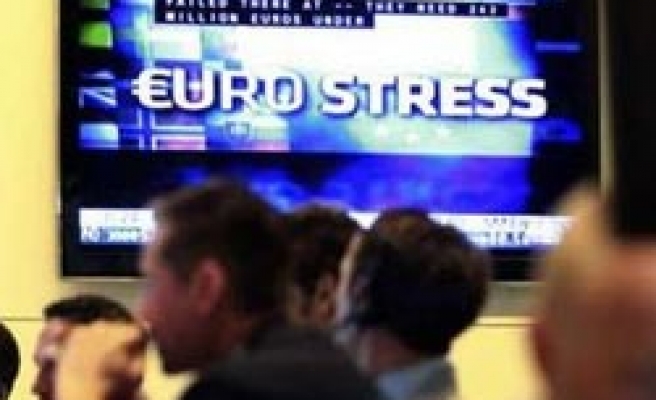 Just seven European banks failed a health check and were ordered to raise their capital by 3.5 billion euros ($4.5 billion), much less than expected, confirming fears the continent's long-awaited stress test was too soft.

Results of the test of how 91 banks in 20 countries would cope with another recession was released on Friday in a bid to restore investor confidence after the Greek debt crisis spooked markets earlier this year. But it fell on deaf ears.

"There is little evidence that the tests have been applied consistently and there is a distinct lack of credibility, making this a wasted opportunity," said Richard Cranfield at international law firm Allen & Overy.

While the modest findings cast doubt on the credibility of the bank tests, some analysts said that may not matter because the European economy is improving fast.

The survey also showed how much government bonds are marked down on bank books, with Greek debt discounted the most, at 23 percent.

The Committee of European Bank Supervisors (CEBS), a previously little known group with 25 staff at a small London office, which coordinated the process, said its test was more severe than the U.S. one.

"With this undertaking, the EU has made a significant effort to increase disclosure on the conditions of individual European financial institutions and enhance market stability," said U.S. Treasury Secretary Timothy Geithner, who had pushed Europeans to do their own tests.

Five of Spain's smaller regional lenders, known as cajas, failed the test. Their recapitalisation will almost complete a state-funded drive to consolidate the country's network of unlisted savings banks.

They need 1.8 billion euros, the Bank of Spain said.

Banks in Germany and Greece were also seen as weak spots and in need of restructuring, but state-owned Hypo Real Estate was the only German lender to flunk and state-controlled ATEbank the only Greek one.

The euro ended flat against the dollar after falling initially on questions whether the stress tests were tough enough. German government bond futures fell on relief that they threw up no nasty surprises.

European bank shares, up on the week, closed before the results were announced. U.S. stocks were little changed after the stress test and closed higher on U.S. company results. The cost of insuring the debt of most European banks fell.

"Despite questions about transparency and how the Euro stress tests don't measure up to the U.S. tests last year, I think these tests will start to put these euro zone concerns behind us," said Chris Rupkey, chief financial economist at Bank of Tokyo/Mitsubishi UFJ in New York.

"There might be some initial disappointment leading to some selling on Monday when European markets reopen, but the market will soon get over it."

Under the most severe scenario, banks were tested on how they would cope with a moderate recession this year and next, with additional losses on government bonds thrown in.

As part of the process, many of the banks revealed all of their sovereign debt holdings, but some dodged full disclosure, raising further question marks.

Any bank whose Tier 1 capital ratio falls below 6 percent by the end of 2011 failed the test, and would be expected to raise funds to make up the capital shortfall.

Of most concern to investors was that government bond losses were only applied to trading books, and not hold-to-maturity bonds, as the test did not consider there was a risk of any sovereign default.

The hunt for weak spots in European banking has focused on Spain's regional savings banks, as well as regional German lenders, known as landesbanks.

Spain and Germany have set up funds to help weak banks recapitalise and Spain wants more cajas to merge.

The Spanish banks to flunk were Banca Civica, Diada, Espiga, Unnim and Cajasur. The worst case scenario included a 28 percent fall in Spanish house prices during 2010-11.

"The banks that have scraped through may have more of a challenge on their hands and they may be the ones the market focuses on," said Cranfield.

Last year's U.S. bank test helped draw a line under worries about the sector there and Europe's attempt to match it has faced splits in the 27-nation EU about how to model the test and how much to divulge.

European banks have also already raised about 300 billion euros since the start of the crisis, whereas the U.S. tests kick-started the fundraising.

Banks in Ireland, Greece, Spain and Germany have also already received funds or are in the process of doing so, possibly pre-emptively to help them pass the test.