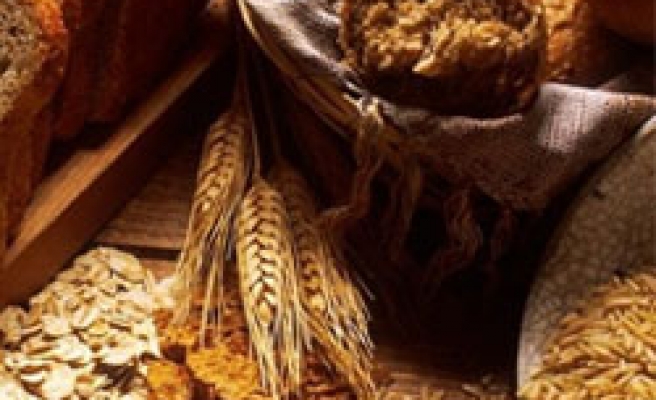 U.S. corn and soybeans rose to record highs on Friday, extending the biggest gains in 2-1/2 years, as scorching temperatures and a relentless drought baked crops in America's heartland, including top producing states Iowa and Illinois.

"It's the same old general theme, dry in the southwest Corn Belt and some showers in the north and east," said Drew Lerner, meteorologist for World Weather Inc.

The most expansive drought in over a half century was drying up waterways and beginning to slow down river shipments of commodities to U.S. Gulf export ports and was leading to fresh cuts in estimates for this year's corn production.

Further damage is expected to corn and soybean crops that already have been nearly decimated in some Midwest areas, an agricultural meteorologist said on Friday.

"It will be dry and very hot in the area with temperatures in the 100s (degrees Fahrenheit) in St. Louis Sunday through Thursday, reaching 106 F on Wednesday," said Don Keeney, meteorologist for MDA EarthSat Weather. The same scenario is expected for much of the central and western Midwest.

Beginning in the eastern and southern Midwest, the drought has spread to the central and western areas of the region, including the top two corn producing states, Iowa and Illinois.

Keeney said a little relief from the historic drought was received late this week from rainfall in the northern and eastern Midwest. However, crops in those states, especially corn, had already been significantly damaged.

"There were decent rains yesterday in southern Michigan, Ohio, Kentucky and those should end today. Then another round of rain Monday and Tuesday for the north and east Midwest including eastern Minnesota, Wisconsin, northeast Illinois, central and northern Indiana and Ohio," Keeney said.

Keeney said his weather company would tour U.S. Midwest corn and soybean crops next week and expected to find extremely low yield potential from a broad band stretching from Ohio west to Nebraska.

Meteorologists said an atmospheric high-pressure ridge has mounted over the heart of U.S. corn and soybean producing states preventing moisture from moving into the crop belt. That has led to a buildup of heat to record highs, exacerbating crop losses from the drought, the worst to affect the U.S. in decades.

Commodity Weather Group (CWG) on Friday said the hot and dry pattern would continue to stress crops in more than half of the Midwest for the next two weeks.

"This week's rain helped ease stress in about one-third of the Midwest, but rains remain focused along north and east edges of the belt during the next 15 days," said CWG meteorologist Joel Widenor.

CWG also cut its forecast for corn yield per acre to 136.2 bushels, down 10 percent from its outlook for 152.2 bushels per acre on July 5 and below the U.S. government's current estimate for 146.0 bushels per acre.

The U.S. government has been slashing its condition ratings for corn and soybeans each week and will release an updated weekly crop rating and crop progress report on Monday.

Crop experts and analysts have been lowering production estimates for corn and soybeans on an almost hourly basis, leading up to what will be a historic government monthly crop report on August 10.

Expected crop shortfalls and surging prices, with corn and soybean posting their fifth straight week of gains,  prompted the United Nations agriculture agency to talk of a "serious situation" though not yet a food crisis.

The new-crop contracts for each crop jumped 2 percent to contract highs at the Chicago Board of Trade, with the extreme drought conditions forecast to continue through early August, a time when soybeans are most vulnerable.
The rapid price surge was worrying, and prices could rise even further in the coming weeks, driven by U.S. corn, Abdolreza Abbassian, senior economist and grain expert at the United Nations' Food and Agriculture Organization (FAO), told Reuters.

"It is a serious situation which has to be monitored closely but it is too early to refer to it as a food crisis situation,"
he said. "We do not see any production or supply problems with rice. That is very important for food security of millions of people around the world."

The U.S. government's National Oceanic and Atmospheric Administration (NOAA) on Thursday issued a forecast that showed no relief from the drought for at least the rest of this summer.

The NOAA said in a report on Monday that, based on the Palmer Drought Index, 55 percent of the contiguous United States was under moderate to extreme drought in June. That is the largest land area in the United States to be affected by a drought since December 1956.

Low water on the Mississippi River reduced allowable barge drafts and restricted tow sizes, resulting in a slowdown in the flow of grain and soybeans to the Gulf, shipping sources said. River levels were expected to remain low for some time as the largest U.S. drought since the mid-'50s continues to expand.