Danger of earthquakes at Groningen gas field ignored for years 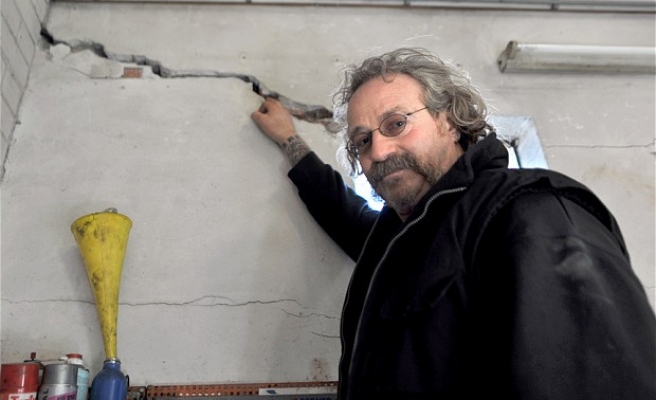 Royal Dutch Shell, Exxon Mobil Corp and Dutch government agencies ignored the dangers caused by gas extraction at the massive Groningen gas field for years, a report from the Dutch Safety Board said on Wednesday.

A correlation between gas extraction and earthquakes in the region was clear in 1993, but "the risks to residents were not recognised", it said.

An investigation was launched a year ago to determine whether the safety of residents had been taken into consideration.

On Wednesday the board's report concluded that the Economy Ministry, State Supervision of Mines and the NAM, the Shell-Exxon Mobil joint venture which operates the gas field, worked collectively with a common aim of maximising production.

"The parties concerned considered the safety risk to the population to be negligible and thus disregarded the uncertainties surrounding this risk assessment," it said.

They "failed to act with due care for citizen safety in Groningen with regard to the earthquakes caused by gas extraction," it concluded.

The Dutch government this month ordered a reduction in production from the field, the largest in the European Union, to 16.5 billion cubic metres (bcm) in the first half of 2015. It is considering permanently reducing output to below a current annual cap for 2015 of 39.4 bcm.

Economy Minister Henk has said production could be as low as an annual 35 bcm if studies indicate that a higher level is unsafe and if the Netherlands can still meet domestic needs and delivery contracts.

Gas extraction has resulted in increasingly strong earth tremors, some measuring as much as 3.6 on the Richter scale.

The cost of damage repairs, structural improvements to buildings, and compensation for home value decreases has been estimated at 6.5 billion euros. Around 35,000 homes are said to be affected, parliament heard last week.

Dutch gas exports in 2012 totalled nearly 57.3 bcm, or around 12 percent of Europe's gas demand, about 75 percent of it from the Groningen field.

The field is operated by government-owned Gasunie and output is jointly exploited by the government, Royal Dutch Shell and Exxon Mobil through the NAM (Nederlandse Aardolie Maatschappij) joint venture.