Eager for deal, but will not be 'blackmailed':Greece

"Greece does not aim to blackmail anyone but will not be blackmailed either," a government official said. 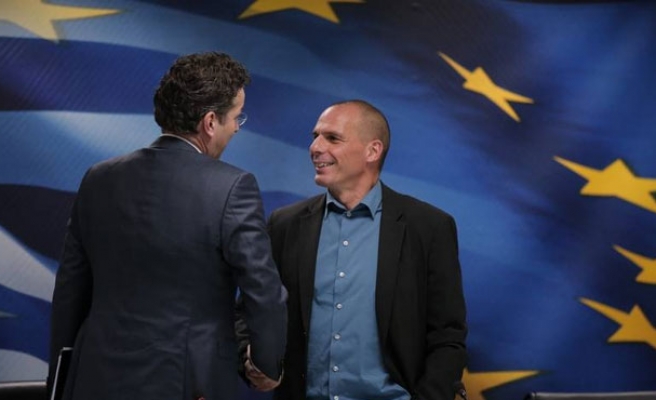 A defiant Greece said on Thursday it would not be "blackmailed" by its European Union partners but that it did want to find a joint solution to its debt and austerity crisis.

In a bid to reassure Greeks after the European Central Bank abruptly cancelled its acceptance of Greek bonds in return for funding, Athens said its financial system was safe since banks had access to emergency funding from the national central bank.

Greek banks can tap an additional 10 billion euros over the current limit for such funding, a government official said, while a Greek central bank official said the ECB move would not affect the liquidity and stability of the banking system.

But government officials insisted that Athens had no plans to row back from pledges to end austerity, which Prime Minister Alexis Tsipras says has triggered a humanitarian crisis in Greece.

"Greece does not aim to blackmail anyone but will not be blackmailed either," a government official said, adding that Athens would respect the "popular mandate" it won in last month's snap election.

"The ECB's decision ... is an act of political pressure to quickly reach a deal."

Tsipras and his finance minister, Yanis Varoufakis, have been crisscrossing Europe to win support from partners for their plan to win debt relief and end austerity policies but have so far received little other than warnings to avoid reneging on commitments under the country's existing bailout programme.

Varoufakis has been hailed by some media as a "superstar", suggesting a disconnect between Europe's response and local expectations.

Adding pressure on Greece to strike a deal, a document prepared by Berlin showed it would not accept any effort by Athens to reverse reforms.

The ECB move and the prospect of a Greece running out of money without a deal sent Greek stocks and bonds plunging on Thursday, with the main banking index tumbling 22 percent.

Government spokesman Gabriel Sakellaridis sought to play the move by the ECB as an effort by the central bank to put pressure on all European countries to find a deal to rescue Greece, rather than a message to Athens alone.

"Indeed, the European Central Bank is putting political pressure on all parties so that a solution is found quickly and negotiations and consultations of Greece do not drag on," he told Greece's Mega television.

"From our part, we are well disposed to finding such an agreement that will not violate the popular mandate we just received."

Tsipras is due to unveil the government's programme over the weekend, and a series of ministers have already insisted Athens would not go back on its word to raise the minimum wage, halt unpopular privatisations and rehire public workers fired without cause.

"We cannot be blackmailed, simply because we just got a fresh popular mandate," Administrative Reforms Minister George Katrougalos told Antenna television. "We don't want a clash but we don't want submission either."