The Fed has slashed U.S. interest rates to near zero and bought $2.3 trillion in long-term securities in an effort to kick-start the recovery. In Europe, the biggest threat is a spreading sovereign debt crisis 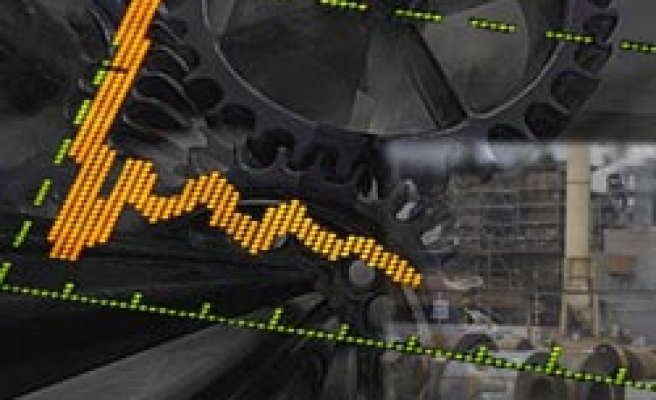 The heads of the U.S. Federal Reserve, IMF and OECD stepped up pressure on political leaders on both sides of the Atlantic to shake off their inertia and tackle urgent economic problems.

If politicians ignore their pleas -- including a blunt call from International Monetary Fund chief Christine Lagarde to "act now" -- the slowdown in world growth and debt turmoil in Europe could morph into a deeper crisis, top monetary officials and economists warned at an annual retreat here.

Alarm over political deadlock was as obvious a backdrop to the annual meeting of policymakers in the wilds of Wyoming as the thunderstorms that rolled over the nearby Grand Teton peaks and dumped rain on the Jackson Lake Lodge.

"The governance right now is not going through a very brilliant moment, I have to say, neither in Europe nor in the United States," Angel Gurria, who heads the multi-nation Organization for Economic Co-operation and Development, told Reuters.

In the United States, the political impasse has thwarted moves to tame massive budget deficits which brought the nation to the edge of a debt default and cost the United States its coveted AAA credit rating from Standard & Poor's.

In Europe, leaders are fighting over who should pay for the sovereign debt crisis in the euro zone, which has a unified regime for monetary policy but whose member nations run their own budget policies.

Lagarde, whose appearance on Saturday was a late addition and reflected her sense of urgency, delivered a hard-hitting pitch against braking spending too fast as nations struggle to rein in long-term budget deficits.

She was far from alone.

The Fed has slashed U.S. interest rates to near zero and bought $2.3 trillion in long-term securities in an effort to kick-start the recovery. With monetary policy stretched to its limits, fiscal policy is now key, Fed Chairman Ben Bernanke suggested.

"Although the issue of fiscal sustainability must urgently be addressed, fiscal policymakers should not as a consequence disregard the fragility of the current economic recovery," he said on Friday.

"Fortunately the two goals of achieving fiscal sustainability -- which is the result of responsible policies set in place for the longer term -- and avoiding the creation of fiscal headwinds for the current recovery are not incompatible."

Bernanke said battling long-term joblessness in the United States must be a top priority, and he called on the U.S. government to put a floor under the sagging housing market, remarks that Lagarde echoed forcefully on Saturday.

Bernanke's speech was "the shot across the bow of the government saying, 'don't keep layering expectations on the Federal Reserve, guys, you have a job to do,'" Columbia Business School Dean Glenn Hubbard said in an interview with Reuters Insider.

"The Fed is simply saying, 'We are monitoring the situation very carefully but would encourage the government, both parties, to get their act together and pass a long-term fiscal strengthening package and then perhaps short-term stimulus."

The calls from the world's economic policy elite may give some political cover to President Barack Obama, who faces a tough re-election fight next year with the U.S. unemployment rate stuck above 9 percent.

Obama is preparing for a speech after the Sept. 5 Labor Day holiday in which he is expected to lay out proposals to boost hiring. He is reaching out to other world leaders too.

On Saturday, Obama spoke with German Chancellor Angela Merkel, and the White House said the two leaders vowed to act to shore up a global recovery that now looks at risk.

A day earlier Obama had called Lagarde to talk about fiscal policy. They agreed that the world economy needs further steps to boost growth.

The U.S. economy grew less than 1 percent in the first half of the year and has yet to return to its pre-recession size.

In Europe, the biggest threat is a spreading sovereign debt crisis, and richer euro zone nations, chief among them Germany, have shown a hesitancy in picking up the tab for nations on the debt-strapped periphery.

Stress tests last month exposed the degree to which European banks are exposed to Greek and other shaky government debt, and lenders are balking at extending credit.

"Although there is clarity on required policies, the uncertainty created by the political stances in both Europe and the United States poses some serious risks," Cornell University Professor Eswar Prasad said.

"Getting the policy balance right is tricky in itself; this adds a layer of uncertainty that will make it that much harder," Prasad said.