The French economist calls for redistribution of global wealth, which he says is too concentrated in the hands of the few. 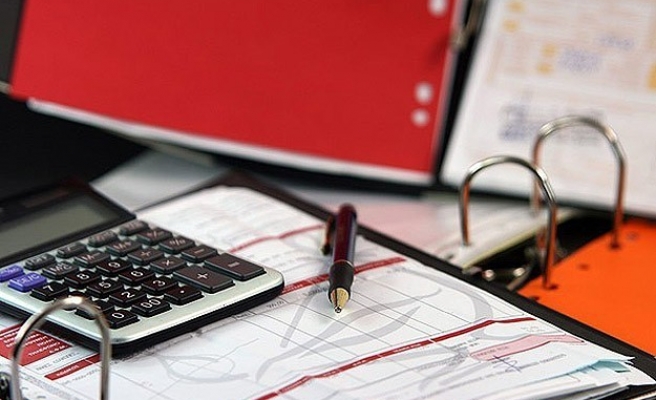 "I thought I'd convinced him. But when I read his interview, I realized that I have not convinced him," Piketty says, smiling -- in an interview with Anadolu Agency on Friday.

"We have a common interest in making globalization work for everyone,” says Piketty, speaking of Gates, who is one of the biggest philanthropists in the world. “You should understand that if globalization does not benefit everybody, then, at some point, it will stop and it will be threatened by a nationalist response. Some people may not like that. But this is the way it is."

The renowned French economist has ruffled quite a few feathers since his much discussed book “Capital in the 21st Century” was published in French in 2013. Since then it has been translated into many languages and has sold millions of copies.

For example, in Turkey, there are too many billionaires, he says. There should be a tax on accumulated wealth in most countries so that social programs can reach everyone.

“Capital in the 21st Century” argues that the income gap between high-net worth individuals and the rest of the population has widened rapidly in developed countries to reach levels not seen since before World War I, when the impact of the industrial revolution ruthlessly concentrated wealth in the hands of the few.

Piketty proposes a progressive tax on wealth and income to reduce inequality and to enable everyone to benefit from social welfare programs.

“In Turkey, the book is doing very well,” Piketty told AA, on a visit to Istanbul to promote the book.

According to the Organization for Economic Co-operation and Development’s 2014 data, Turkey is among the top three countries with the highest level of income inequality, and highest level of relative poverty, despite improvements in the last decade, which halved poverty in the country.

"Turkey, according to official statistics is a pretty high-inequality country," said Piketty. “You can see this in the number of billionaires, which is higher than for a country like Japan, even though the gross domestic product is only 20 percent of Japan’s.”

However, Turkey does not appear in the income database that Piketty compiles in his book.

“Access to statistics in Turkey so far was impossible,” he says. “Results from self-reported data typically underestimate distribution in top incomes.”

“It is possible that inequality is even higher in Turkey than what the official estimates suggest,” he says.

Piketty says that, without family wealth, income from work would not provide enough for a person to afford a property in Istanbul, for example, and that's a signal of "excessive inequality."

“You want to tax work a bit less and to tax accumulated wealth a bit more,” he says.

Thomas Piketty readily admits to working with a moral imperative.

“In fact, I start the book with a strong moral statement, article one of the Universal Declaration of Human Rights,” he says. “I am a citizen like everyone else. I believe in article one.” The article reads:

“All human beings are born free and equal in dignity and rights. They are endowed with reason and conscience and should act towards one another in a spirit of brotherhood.”

When asked about religious practices that demand believers to share their wealth, Piketty says they are useful but not enough to count on to build a fairer income distribution.

One of the five pillars of Islam, Zakat, or obligatory alms, demands that Muslims give 2.5 percent of their accumulated capital assets annually to the needy.

"I think the private philanthropy stemming from religious and moral beliefs can certainly be useful," says Piketty.

"But you cannot organize a society, where everybody can choose for themselves, regarding the strength of their religious beliefs, on how much they want to contribute to the common good," he adds.

Piketty prefers to rely on government imperatives rather than on the goodwill of philanthropists.

“Ok, we don’t need a tax system anymore and billionaires are so generous that they will give a lot to education and health,” he says sarcastically.

“You know this is all fashion,” he says. “When you look at, actually, how much U.S. billionaires give, you see that they are not so generous.”

A poke perhaps at a Bill Gates, who, as Piketty puts it, “firmly believes that he can be better than the government in deciding on how to allocate our money for education."