New data from the central bank shows a significant increase in economic activity in July. 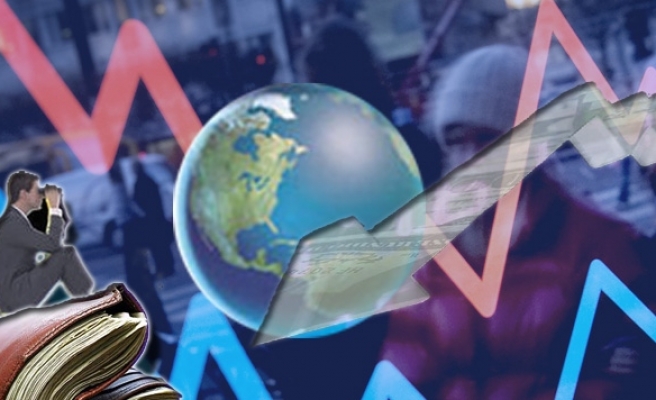 Preliminary data published Friday from Brazil's central bank showed a marked improvement in the economy in July, with its best monthly performance in six years.

According to the bank's Economic Activity Index, output increased by 1.5 percent in July, after contractions in the two preceding months.

The July figure is better than many economists and analysts expected, but they warn the figure is in comparison to June, which saw a harsh contraction of 1.5 percent, according to revised data, which was the worst in more than a year at the time.

The seasonally-adjusted index, which crunches estimates from agribusiness, industry and service sectors, is a proxy for the gross domestic product (GDP) and is seen as an early indicator. The index has not always accurately predicted the country's economic growth, which is later ascertained with more comprehensive data analysis by the office of national statistics.

The apparent good news comes after official GDP figures for the first two quarters released at the end of August showed the economy had slipped into a technical recession – a considerable blow for President Dilma Rousseff, who is vying for re-election in October.

The second quarter of 2014 saw a disappointing 0.6 percent contraction in comparison to the first, for which figures were revised down to a negative growth of 0.2 percent.

A recession is generally defined as two consecutive quarters of negative growth, but the president and her outgoing finance minister, Guido Mantega, have denied Brazil is weathering a "true" recession, arguing other indicators showed better times ahead.

Moody’s Investors Service also changed its outlook on Brazil’s government bond rating from “stable” to “negative” earlier this week, saying economic signs coming from Latin America's biggest economy contributed to a risk of reduced creditworthiness, which could “trigger a downward migration in its credit rating."

'A breather, not a recovery'

Friday's news, however, will be welcomed for the president's re-election bid, as well as going some way towards confirming predictions she and Mantega have made that the Brazilian economy would perform better in the second half of 2014.

But although analysts were surprised by the new data, many remain unconvinced it signals a sustained upturn in fortunes for the economy, as neither industry nor retail sales have been issuing the kind of positive results that would support it.

"The latest Central Bank figures indicate a recovery in the sense of a quick 'breather' for the economy, but they are no real cause of optimism and not truly indicative of a full-blown recovery," Jessica Strasburg, economic researcher at CM Capital Markets in Sao Paulo, told the Anadolu Agency.

The figures show the Brazilian economy is getting back to where it was, she adds, but when compared with the same period last year, the situation remains dire.

Other experts speaking in the local press say the surprise increase may have come from better-than-expected results for agriculture and services, but that the result will not dramatically affect the year's overall GDP figures.

"Things should improve somewhat in the second half of the year, but if you sense the general climate among industry and investors, they are all holding off from making big decisions and investments until the result of the presidential and general elections are known," Strasburg said.

Opinion polls ahead of the elections currently show Rousseff has a slight lead over her main rival, the anti-establishment and environmentalist Socialist Party candidate Marina Silva, in the first round, but the two are currently neck and neck in the all-but-certain runoff.

The original market favorite, center-right Social Democracy Party candidate Aecio Neves, is in third place and likely to be eliminated in the first round, the latest polls suggest.

When faced with a choice between Rousseff and Silva, the markets have shown allegiance to Silva, who courted businesses despite her pro-environment stance. Although Silva remains an unknown quality, she is seen as preferential to Rousseff, whose handling of the economy and fiscal policy has been criticized as overly "interventionalist."