Adly Mansour had issued a decree allowing the company to hire subcontractors without conducting a tender, like other state-owned companies. 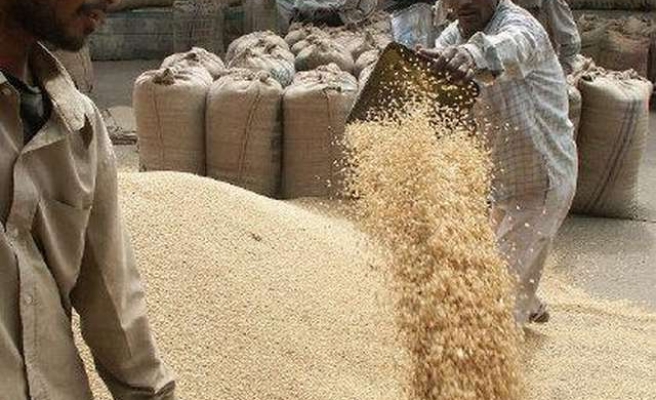 Egypt and the United Arab Emirates said on Saturday they had contracted a state-run company headed by a retired Egyptian army officer to build wheat silos that are a key part of the UAE's $4.9 billion aid package to Cairo.

The choice of an army-affiliated company comes after Reuters reported in March that the UAE was working directly with the Egyptian army to ensure the project was conducted efficiently.

The UAE is taking a hands-on role in supporting Egypt and is funding a range of development projects that could help the world's biggest wheat importer lower its huge food import bill.

It committed last October to build 25 silos with a storage capacity of 1.5 million tonnes to help prevent the loss of billions of dollars worth of wheat every year.

The Gulf Arab allies now see Egypt as the frontline in their region-wide struggle against Iran and the Muslim Brotherhood.

Egypt wants to boost its storage capacity in the strategic wheat sector to reduce reliance on imports. Millions of poor Egyptians rely on government subsidised bread, but a wasteful and corrupt distribution system strains government finances.

Jaber said that work had begun on the silos project in Amiriya and Damietta, in the Nile Delta region north of Cairo, and that the timeline for their completion was 18 months.

"This project has strategic goals and goals that affect the Egyptian people," he said. Construction of other silos would begin in November, he said.

Beside the ministers was retired Egyptian Lieutenant General Abd El Aziz Seif-Eldeen, head of the Arab Organisation for Industrialisation, the state-owned company chosen to build the silos.

Eldeen was until 2012 a member of the Supreme Council of the Armed Forces, which ruled the country for the 18 turbulent months after Hosni Mubarak was toppled in a 2011 uprising.

At the time the commander of the Air Defence Forces, Eldeen was removed from the military council in a reshuffle by then-President Mursi in August 2012.

Sisi's victory in last month's elections raised expectations that more aid will be announced soon. Saudi King Abdullah said last week that he would host a donor conference for Egypt.

But Sisi's election has also triggered fears among some Egyptians that the military - with a budget shielded from public oversight and a wide-ranging business empire - would continue its dominant role in the country's economic and political life.

The Arab Organization for Industrialization makes many products for the military, including artillery, planes and armoured vehicles, as well as items such as cars and electronics for the civilian sector.

State news agency MENA said that interim president Adly Mansour had issued a decree allowing the company to hire subcontractors without conducting a tender, like other state-owned companies.

Company spokesman Abdel Aziz told Reuters that was because it was originally an independent company founded by four countries including Egypt and the UAE. Three countries withdrew from the company in 1979, leaving it in Egyptian hands, but its status was not changed, he said.

MENA said another state-run company, the General Company for Silos and Storage, will be the project's implementing agency.