Egyptian businessmen delegation due in Turkey

The guest delegation will hold meetings in Turkey's southern provinces of Adana and Mersin and southeastern province of Gaziantep. 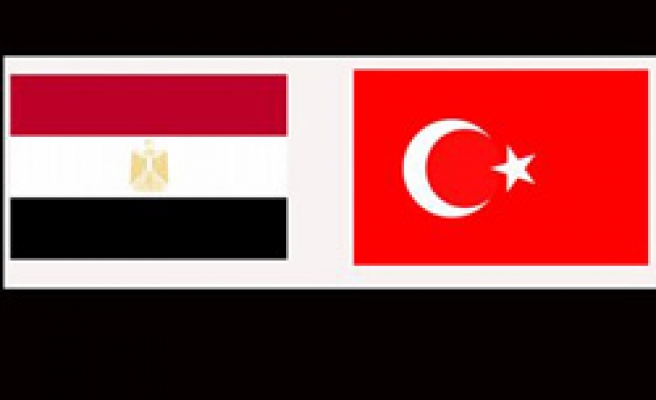 Foreign Economic Relations Board of Turkey (DEIK) stated on Friday that 40 Egyptian businessmen would visit Turkey between September 18 and 20 under the coordination of Turkey-Egypt Business Council.

The guest delegation will hold meetings in Turkey's southern provinces of Adana and Mersin and southeastern province of Gaziantep. During the talks, Turkish and Egyptian companies will hold bilateral commercial meetings.

Turkish-Egyptian Business Council Chairperson Zuhal Mansfield said Friday that Egypt was a door opening to Africa and Arab markets for Turkish private sector, adding that path of new business connections would be opened for Turkish businessmen in the post-revolution Egypt following the visit of the delegation.

Noting that Ro-Ro ship journeys would begin soon between Turkish Mersin city and Egyptian Alexandria city, Mansfeild said that the journey, which lasted for ten days previously, would decrease to 24 hours now, and that would bring momentum in commerce between the two countries.

The second important issue between our countries should be to establish a strong banking network, and also to ease visa procedures to strengthen economic relations, said Mansfield, adding that in short term, businessmen of both countries should be given 3-5 years of visa, and in mid-term, visa should permanently be lifted between the two countries.