Egyptian debts up and tourism income down

Eight months after the military coup, Egypt increased its borrowing while its income from tourism declined in 2013. 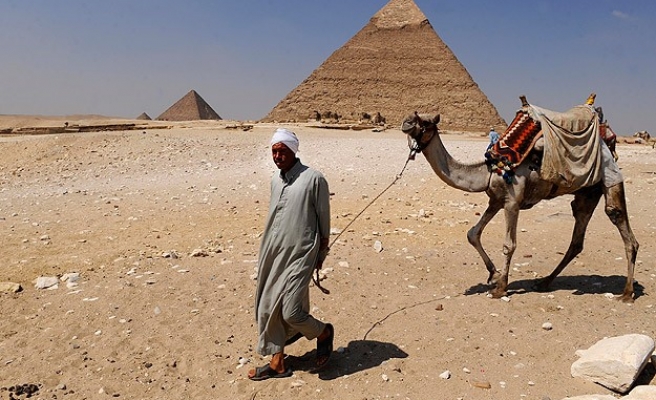 Eight months after a military coup that led to the ousting of Egyptian President Mohamed Morsi, Egypt has increased its borrowing, while income from tourism is dwindling.

According to data by Egypt's Ministry of Finance, the government borrowed US$70 billion in the last half of 2013, compared with US$45.4 billion in the first six months - an increase of 53.8 percent.

Meanwhile, the government expects that the budget deficit will be up to US$34.4 billion, due to the general income decrease and the new minimum wage implementation.

Egypt's income from tourism, which is one of its most important sectors, decreased by 41 percent to US$5.9 billion in 2013, according to Egyptian Tourism Federation (ETF).

“The unemployment rate in the country was at 13.4 percent in the third quarter of 2013,” she said.

Mansfield said food and drink prices increased by 18.6 percent in the third quarter of 2013, compared with the same period in 2012.

The government has already received US$15.9 billion after the coup from Gulf countries that supported it. After nearly three decades of rule and a 18-day popular revolution, President Hosni Mubarak formally handed power to the army's supreme command on February 11, 2011.

After this, the country received more than US$26.7 billion in aid, including petrol worth more than US$5 billion dollars.

The largest donor was Saudi Arabia with US$10.5 billion, including petrol worth US$2 billion. Of the total Saudi aid, US$5 billion were paid after the coup. The second largest donor was United Arab Emirates (UAE) with US$4.8 billion, although not all of the funds have been received by Egypt.

Egypt has US$47 billion external debts and US$222.1 billion domestic debts.