The communication director of the Ethiopian Investment Agency said Egyptian companies are currently carrying out 22 projects in Ethiopia worth 797 million Ethiopian Birr. 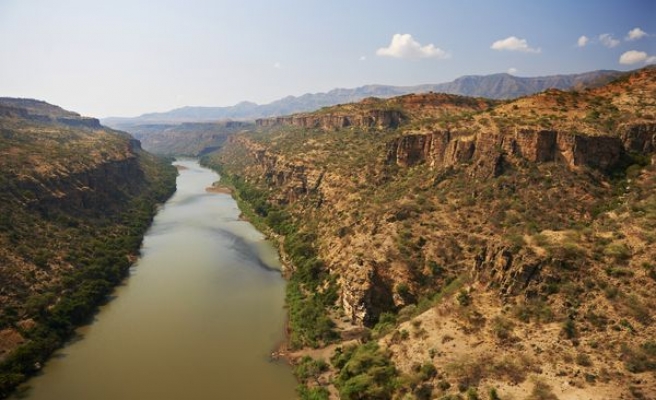 "No sign of this," Getahun Negash, the agency's communication director, told Anadolu Agency when asked if Egyptian companies are shying away from investing in Ethiopia over tension about a planned Ethiopian dam project on the River Nile.

"On the contrary, a number of Egyptian companies are presenting investment applications to the agency," he added.

Negash said Egyptian companies are currently carrying out 22 projects in Ethiopia worth 797 million Ethiopian Birr in the fields of manufacturing, agriculture, construction, education and tour operation.

The Egyptian projects have created nearly 5,000 job opportunities for Ethiopians, he said, going on to say that additional 16 projects worth 486 million Birr have  already been licensed, which is an indication to the increase in the Egyptian investment in Ethiopia.

Negash said that his agency does not mix investment with politics.

"As far as the companies are concerned, I believe that they do not ever think to mix the two," he added.

Relations between Ethiopia and Egypt soured last year over Ethiopia's plans to build its Grand Renaissance Dam on the upper reaches of the Nile River – Egypt's main source of water.

Water distribution among the states of the Nile Basin has long been based on a colonial-era agreement granting Egypt and Sudan the lion's share of the river's water.

Addis Ababa insists the new dam will benefit downstream states Sudan and Egypt, which will be invited to purchase electricity thus generated.