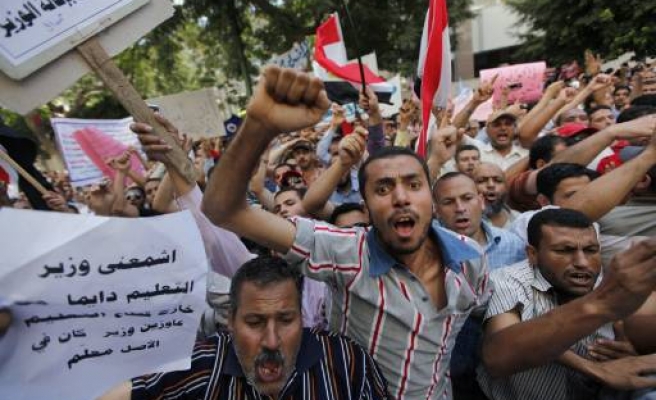 Thousands of Egyptian teachers demonstrated outside the cabinet office in central Cairo on Saturday, demanding higher pay and the sacking of the education minister.

Teachers are among the lowest paid public sector employees in Egypt, where an uprising ousted President Hosni Mubarak in February and unleashed a wave of protests by public and private sector workers.

"This is an open strike, we won't go to schools," the demonstrators chanted, vowing to stay put in front of the cabinet office.

The teachers want the government to double the minimum wage to 1,200 Egyptian pounds (nearly $200) a month and provide better incentives and end-of-service pay.