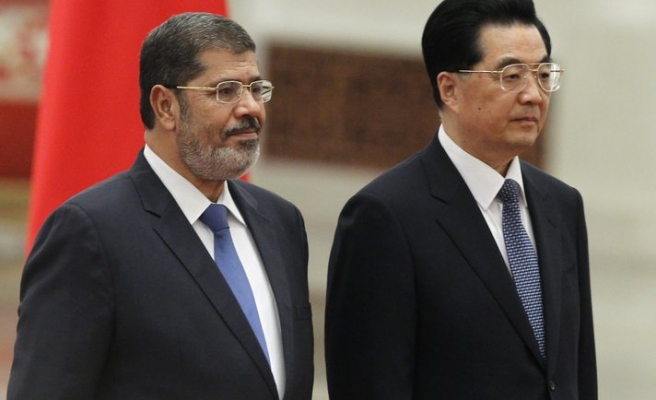 Egypt's president will meet his Chinese counterpart in Beijing on Tuesday, seeking in his first state visit outside the Arab world to win badly needed investment and expand diplomatic ties.

Egypt has struggled to boost its economy and secure foreign investment since the uprising last year. It still receives $1.3 billion in annual aid from the United States a year, although most of that goes to the military.

After his three-day trip Morsi will attend the Non-Aligned Movement Summit in Iran, becoming Egypt's first leader in 30 years to visit the nation.

He will go to Washington next month after attending the UN General Assembly in New York, and Chinese media have highlighted his decision to make Beijing his first official trip outside the Arab world.