"Recent developments in Greece confirm some of our worst fears," said Paulo Nogueira Batista, Brazil's executive director at the IMF, who also represents 10 small nations in Central and South America and theCaribbean. 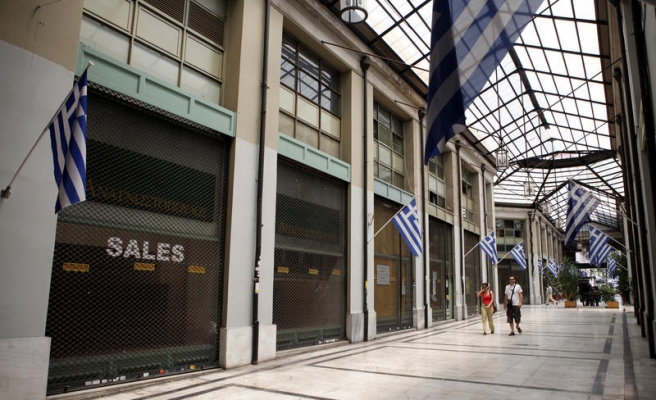 Eleven Latin American countries refused to back an IMF move this week to keep bankrolling Greece, citing risks of non-repayment, and the Fund itself saidAthens might need faster debt relief from Europe.

The abstention by Latin American states from the IMF decision was revealed by their Brazilian representative in an unusual public statement on Wednesday, highlighting growing frustration in emerging nations with Fund policy to rescue debt-laden Europeans.

"Recent developments in Greece confirm some of our worst fears," said Paulo Nogueira Batista, Brazil's executive director at the IMF, who also represents 10 small nations in Central and South America and theCaribbean.

"Implementation (of Greece's reform programme) has been unsatisfactory in almost all areas; growth and debt sustainability assumptions continue to be over-optimistic," said Batista, criticising the IMF executive board's decision on Monday to release 1.7 billion euros of rescue loans to Greece.

This raised to 28.4 billion euros ($37.6 billion) the total amount of funds the IMF has so far committed to Greece - an amount that Athens might default on if it gets ditched by its euro zone partners, Batista warned.

He was pointing to a separate report published by the IMF on Wednesday, which said that if Greek reforms derail and European governments withdraw their support, then Athens' "capacity to repay the Fund would likely be insufficient".

"This statement is one step short of openly contemplating the possibility of a default or payment delays by Greece on its liabilities to the IMF," Batista said, referring to the Fund's cornerstone policy of barring countries from defaulting on it.

The Europeans and the United States, which have a majority of voting rights at the IMF's executive board, have so far solidly backed Greece. U.S. Treasury Secretary Jack Lew flew to Athens earlier this month to reiterate Washington's support.

Despite having used up almost 90 percent of its 240 billion euro bailout since mid-2010, Athens is still shut out of bond markets and remains in its creditors' emergency ward.

The country's debt sustainability still depends on a pledge by euro zone partners to provide it with further debt relief - on condition that it sticks to painful budget cuts and reforms imposed by lenders that helped cause a crippling recession.

Led by Germany, the euro zone has pledged to consider mild debt cut relief measures for Greece next year, such as extending maturities on its rescue loans, to reduce its debt-to-GDP-ratio to 120 percent by 2020 from a currently projected 124 percent.

The euro zone also committed itself to reduce Greece's debt-to-GDP-ratio further, to "substantially below" 110 percent by 2022.

But Athens may need a faster, bigger debt cut, the IMF warned, to spur investor confidence and achieve the annual growth rates of about 3 percent which underpin its bailout plan.

"Should debt sustainability concerns prove to be weighing on investor sentiments even with the framework for debt relief now in place, European partners should consider providing relief that would entail a faster reduction in debt than currently programmed," the report said.

Despite impressively reducing its budget deficit since 2010, Athens must still improve tax collection and cut government waste to hit fiscal targets, according to the IMF.

If not, it will need fresh austerity measures of the kind that would test the cohesion of its fragile coalition government.

"Unless the authorities tackle the problems of revenue administration with much greater urgency in the coming months, a credible 2014 budget would again need to be centered on painful expenditure cuts", the IMF's mission chief for Greece, Poul Thomsen, said in a conference call with reporters.

According to latest EU forecasts to be updated in its next EU/IMF review, Athens needs to find extra savings of about 4 billion euros to meet its 2016 fiscal targets.

But Greek Finance Minister Yannis Stournaras told Reuters on Tuesday that the updated forecast might not show any gap at all.

The IMF, however, remained sceptical. There was "no evidence" that Greece's targeted revenue gains from improved tax collection through to 2016 will materialise, its report said.

"Achieving the significant fiscal adjustment still ahead in a socially acceptable manner is unlikely to be possible without much deeper public sector reforms".