One of leading foundations of environmental protection in Turkey,CEVKO, saved1.4 billion Turkish Lira (USD$631 million) to economy alone by recycling operations in 2013 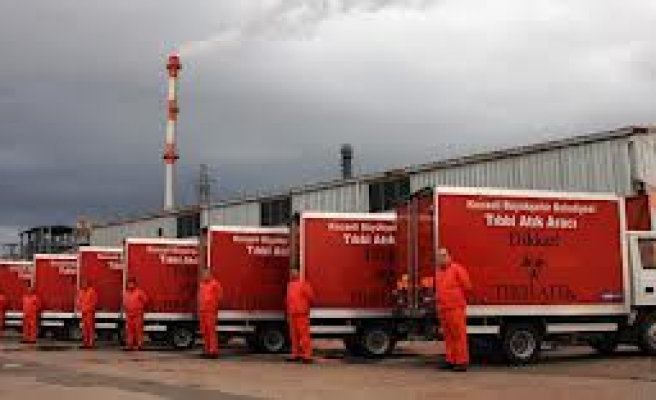 One of the leading foundations of environmental protection in Turkey, CEVKO, has saved 1.4 billion Turkish Lira (USD$631 million) for the economy alone, by recycling operations in 2013, chairman of the foundation said on Friday.

Chairman of the Environmental Protection and Packaging Waste Recycling Foundation (CEVKO), Mete Imer said: “As a foundation we have recycled five hundred thousand tons of packaging waste in 2013 and due to this efforts 1.4 billion Turkish Lira (USD$631 million) was saved.

He remarked that since the regulation of control on packaging wastes became effective in 2005, CEVKO was announced as an entitled foundation by the Ministry of Environment and Urban Planning.

“We don’t collect package wastes directly. We collaborate with municipalities and sign agreements with certified collecting-sorting companies,” he added.

Each year, an estimated 500 billion to 1 trillion plastic bags are consumed worldwide, which don’t biodegrade and photodegrade—break down into smaller and smaller toxic bits, contaminating soil, waterways and entering the food chain where they can be accidentally ingested by animals.