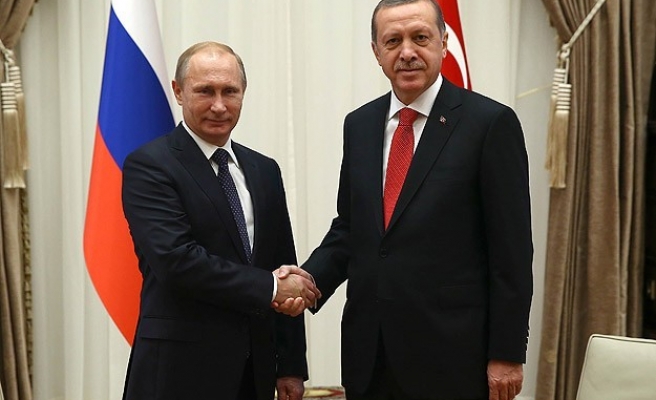 Addressing a joint press conference with Belgian Prime Minister Charles Michel in Brussels on Tuesday, Erdogan said: "If Russia loses a friend like Turkey, with which it has conducted many businesses, it will lose a lot".

Turkey and Russia have a strong economic relationship, which has soured in the recent months because of their differences over Syria and Moscow’s support for Syrian President Bashar al-Assad. This relationship could be at risk of further deterioration following Kremlin’s violation of Turkey’s airspace.

His comments came on the same day as NATO Secretary-General Jens Stoltenberg told reporters in Brussels on Tuesday that Russia’s violation of Turkey’s air space "does not look like an accident".

"NATO has taken a stand against this and I believe [the alliance] will continue to do so because an attack on Turkey is also an attack on NATO," Erdogan said.

The Turkish president also reiterated his calls for a regime change in Syria, adding that Assad was still in power despite "being responsible for the death of 350,000 people" because he was being backed by Iran and Russia.

- ‘Kurdish citizens are my citizens’

With Turkey’s snap elections set to take place in less than a month on November 1, Erdogan appealed to Kurdish voters in Turkey by saying that it was the Turkish government’s duty to serve them.

"To this day, we have served [Kurdish citizens] in a way not seen before in the history of the Republic of Turkey; we are still doing it and will continue to do so," he added.

While calling on EU member states to take a tougher stance against the PKK terrorist group, Erdogan blamed the terrorist organization for the collapse of a fragile cease-fire, which began early 2013 and was dubbed the “solution process”.

Renewed violence in Turkey has come in the wake of July 20 Suruc bombing, which left dozens of people dead. The incident was blamed on Daesh. The subsequent PKK-linked murder of two Turkish police officers at their home sparked a new wave of conflict in the country.