More than 120 foreign and domestic companies are currently engaged in horticulture development efforts in Ethiopia. 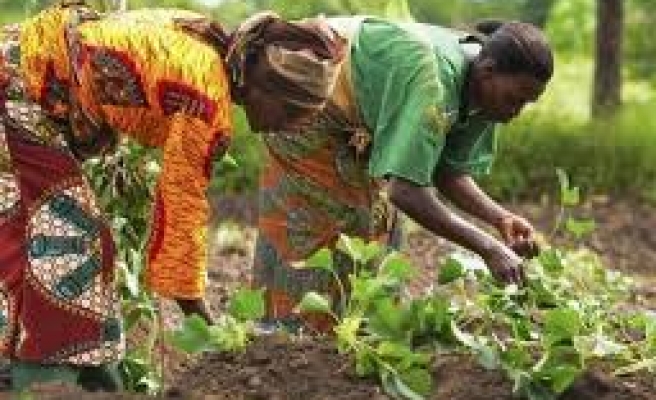 Ethiopia is planning to increase its revenue from the export of horticulture products to $371 million during the 2014-15 fiscal year, compared to $245 million in the previous year, an Ethiopian official said Sunday.

“Efforts are underway to export high-quality products during the reported period as part of the overall activities to increase the [country's] revenue,” Mekonnen Hailu, Senior Communication Expert with the Ethiopian Horticulture Development Agency, told Anadolu Agency.

“Utilization of modern technology, in particular chemical-free pest control mechanism, is being applied to make the products free of chemicals because chemical-free products have great market demand," Hailu said.

Plans to boost import of horticulture varieties are also being considered as part of efforts to improve the quality and increase the quantity of the products, he said.

"The country has already earned $56 million from export of over 130 million cut flowers and more than 41,000 tons of vegetables, fruits and herbs during the first quarter of the current budget year," he added.

"Around $44 million of the stated sum is secured from cut flower export while the balance was earned from vegetables, fruits and herbs," he explained.

The amount exceeded by 13 percent that of the revenue obtained same period last year, according to the expert.

"Eighty percent of the country’s horticultural products are exported mainly to European countries, mainly to the Netherlands, Germany, Belgium, Italy, Norway and France," he noted.

The products are also exported to Japan, U.S., Saudi Arabia, and United Arab Emirates, he said.

More than 120 foreign and domestic companies are currently engaged in horticulture development efforts in Ethiopia.

Duty-free importation of green house and machinery, provision of up to seven years tax holiday, and priority given to infrastructure development for investment sites among others are some of the incentives offered by the government to attract more investors to the sector, Hailu said.