Bulgaria has a month to reply to formal notice from EU, Sofia said earlier South Stream must not be held hostage to Russia-Ukraine row 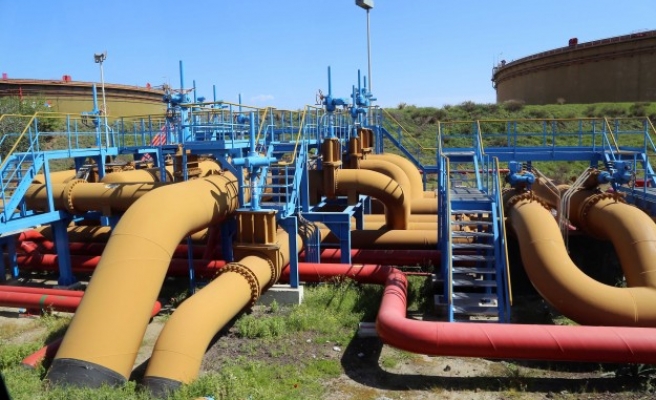 European Union authorities have asked Bulgaria to suspend work on Gazprom's South Stream gas pipeline on the grounds that the project breaks EU law, a step that threatens to inflame tensions between Russia and the 28-country bloc.

The latest move against Moscow, announced by the European Commission on Tuesday, follows progress late on Monday towards resolving a pricing row that has threatened to disrupt Russian gas shipments via Ukraine.

As conflict rages following Russia's annexation of Ukraine's Crimea region in March, Russia has forged ahead with its giant South Stream conduit that would pump gas to the EU, bypassing Ukraine.

But the European Commission, the EU's executive arm, says South Stream breaks EU rules that prohibit gas suppliers from also controlling pipeline access and it has put on hold the approval process for the project.

Bulgaria, historically close to Russia and heavily dependent on its gas, has decided to start construction as a national priority.

She also said the Commission had sent the Bulgarian authorities a letter of formal notice asking for information, a preliminary measure that could eventually lead to full infringement proceedings and possible fines.

Bulgaria's energy minister, a staunch supporter of the project as a means of bolstering energy security and creating jobs, said he did not believe Bulgaria would be sanctioned and called for dialogue to continue with Brussels.

"I do not see grounds for drama ... it is just a matter of time and a dialogue with the European Commission to find the best solution," Dragomir Stoynev told reporters.

Stoynev said the project, aimed at transporting 63 billion cubic metres of gas per year under the Black Sea through Bulgaria to central and southern Europe by 2018, should not be held hostage to the standoff between Russia and Ukraine.

"I appeal for solidarity from the European Commission. Bulgaria, and other member states through which South Stream passes, they cannot be hostages of this conflict between Russia and Ukraine," he said.

Commission spokesman Antoine Colombani described the matter as urgent and said the EU executive would also act against any other member states that work with Russia on South Stream if they break EU law.

The Commission was also concerned that downstream contracts between South Stream Bulgaria and subcontractors were allowing preferential treatment for Bulgarian and Russian bidders, Colombani said.

While Russia seeks alternative routes for its gas exports, which provide roughly one third of EU gas needs, the European Union is looking for other ways to improve its security of supply.

"We consider the South Stream project as one that aims to increase Europe's dependence on energy (from Russia), remove Ukraine as a transit country and increase Gazprom's influence in Europe. So we call on the EU to block South Stream," he said.

The Commission published a strategy paper last week that member states will debate later this month.

The paper underlined that any new infrastructure must comply with EU rules on a single energy market, including the so-called Third Energy Package, which prevents companies that supply gas from owning the infrastructure through which it is distributed.