The report did not measure bank capital needs, which the IMF said would have to be determined by fully fledged stress tests to identify balance sheet assets, income or losses. 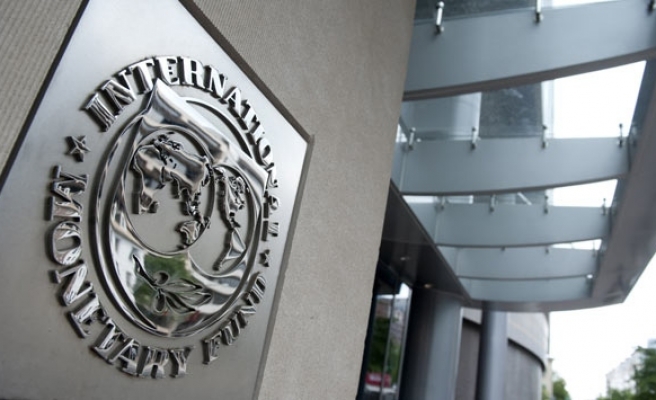 Europe's debt crisis has increased the risk exposure of banks in the region by 300 billion euros ($410 billion) and they need to recapitalize to ensure they can weather potential losses, the International Monetary Fund said on Wednesday.

In its Global Financial Stability Report, the IMF said it sought to "approximate the increase in sovereign credit risk experienced by banks over the past two years."

The report did not measure bank capital needs, which the IMF said would have to be determined by fully fledged stress tests to identify balance sheet assets, income or losses.

Earlier this month, IMF Managing Director Christine Lagarde drew fire from European officials when she called for a mandatory recapitalization of Europe's banks.

News reports last month said the IMF had identified a 200 billion euro shortfall in European bank capital, but officials in Europe insisted the figure was off the mark and the capital position of most banks in the region was solid.

European officials stood by bank stress tests they conducted in July that found only eight banks deficient in capital with a combined shortfall of only 2.5 billion euros, a figure widely criticized as too low and politically skewed.

The IMF's report on Wednesday made clear the 200 billion figure was not a hard measure of a capital shortfall.

Instead, it measured how risk exposure had increased as sovereign debt prices had fallen. It said a further 100 billion euro increase in exposure was related to a recent decline in bank asset prices and rise in bank funding costs.

The report said banks should raise capital privately although public funds may be necessary for viable banks. Lagarde had said Europe might need to consider tapping its sovereign debt bailout fund to bolster banks.

The IMF said the damage could spread from Europe to banks in emerging market economies.

For the first time, it estimated emerging market bank balance sheets could be reduced by up to 6 percentage points if the pace of global growth fell sharply on the back of Europe's troubles and forced a sudden reversal in capital flows.

The IMF said banks in Latin America were most vulnerable, while banks in Asia and eastern Europe were more sensitive to increases in funding costs.

"Risks are elevated and time is running out to tackle vulnerabilities that threaten the global financial system and the ongoing economic recovery," the report said.

The IMF called for a "coherent" strategy to address the risk of financial and economic spillovers from the European debt crisis, which has forced Greece, Portugal and Ireland to turn to the European Union and IMF for rescue loans.

In a surprise move on Monday, Standard & Poor's cut Italy's credit rating -- a sign the crisis was spreading to larger euro zone economies.

It also said there were growing doubts that political leaders in the United States could agree on ways to lower U.S. budget deficits over the medium-term, which it called critical for global financial stability because of the status of the U.S. dollar as a reserve currency.

The IMF said markets had started to question the ability of both Europe and the United States to get their budget deficits under control, raising concerns about the risk of default.

It said banks in some economies have already lost access to private funding markets, raising the possibility of a wider bank lending freeze and more severe deleveraging unless adequate steps were taken to address budget strains and strengthen banks.