France's Servier, Israel's Teva among those fined as six companies get combined penalty of 428 million euros 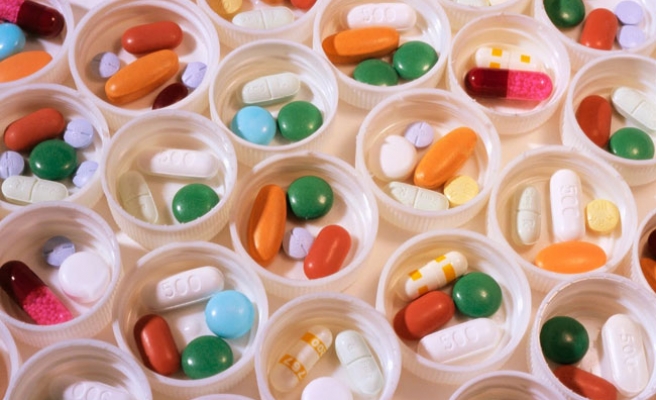 European Union antitrust regulators fined French drugmaker Servier, Israel's Teva and four others a total of 428 million euros ($583 million) on Wednesday, as they crack down on deals which block cheaper generic medicine.

Regulators on both sides of the Atlantic have frowned on such agreements, saying they jack up the cost of drugs by as much as 20 percent for consumers.

"Servier had a strategy to systematically buy out any competitive threats to make sure that they stayed out of the market. Such behaviour is clearly anti-competitive and abusive," European Competition Commissioner Joaquin Almunia said in a statement.

The European Commission said Servier's deals with the generics rivals between 2005 and 2007 were aimed at protecting its best-selling blood pressure medicine perindopril from competition in the 28-country bloc.

Servier said it would challenge the EU ruling in court.

"Patients have not been deprived of perindopril at any time. Moreover, generic entry has not been delayed. Servier has acted in a transparent and legitimate way to defend its patents," said spokeswoman Lucy Vincent.

The other penalised companies were Unichem and its subsidiary Niche, as well as Matrix, which is now known as Mylan Laboratories, Slovenian peer Krka and Lupin.

The sanctions are the third by the Commission against pay-for-delay deals following fines in the past year against Denmark's Lundbeck, Merck KGaA, Indian No. 1 drugmaker Ranbaxy, Johnson & Johnson and Novartis.

It is examining a similar deal between Teva and U.S. peer Cephalon, which is now part of the Israeli company, related to a pill for sleeping disorder.