The European Commission will lead negotiations on behalf of the whole 27-nation bloc on the proposed pipeline, which is part of a planned corridor of links known as the Southern Corridor, designed to reduce EU dependence on Russian gas imports. 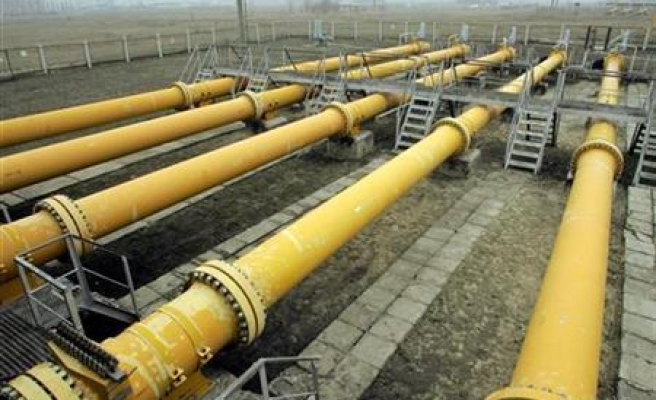 The European Union has agreed to negotiate a treaty with Azerbaijan and Turkmenistan to bring natural gas from the world's fourth-largest reserves across the Caspian Sea to Europe, the bloc's executive said on Monday.

The European Commission will lead negotiations on behalf of the whole 27-nation bloc on the proposed pipeline, which is part of a planned corridor of links known as the Southern Corridor, designed to reduce EU dependence on Russian gas imports.

"Europe is now speaking with one voice, The trans-Caspian pipeline is a major project in the Southern Corridor to bring new sources of gas to Europe. We have the intention of achieving this as soon as possible," EU energy chief Guenther Oettinger said in a statement.

A series of projects have been competing to carry gas to Western Europe as alternatives to supplies from dominant producer Russia. They gathered momentum after a row between Russia and transit nation Ukraine led to the cut off of supplies to western Europe in 2009.

The European Commission has thrown its weight behind the Nabucco pipeline, which would carry gas through Turkey, Bulgaria, Romania and Hungary into Austria and western Europe.

Analysts say the pipeline has the advantage of political backing, but could struggle to find enough gas for its planned 31 billion cubic metres (bcm) capacity.

It is among three pipelines bidding for contracts for 10 bcm of Azeri gas per year from the second phase of Shah Deniz in Azerbaijan. The deadline for the three bidders to submit their case is Oct. 1.

Analysts had been saying there was no other gas available in the near term, which meant the size of the Nabucco project -- the most ambitious of the three schemes -- could be a problem.

Turkmenistan is the holder of the world's fourth-largest natural gas reserves and with ambitious plans to expand. A trans Caspian pipeline between Turkmenistan and Azerbaijan could provide a route for Turkmen gas to link up with the Nabucco scheme.

"On the mandate for Turkmenistan and Azerbaijan, it is crucial because those countries are vital if we were to develop the southern corridor for gas and oil delivery," Polish European Affairs Minister Mikolaj Dowgielewicz told a news conference in Brussels.

"We are not talking about just those two countries but we are talking about potentially new important partners for the European Union in terms of supplies of raw materials, so that's why it's also significant."