The sanctions mean that Europeans will be banned from doing business with the companies, Real Estate Bank, Mada Transport and Cham Investment Group. 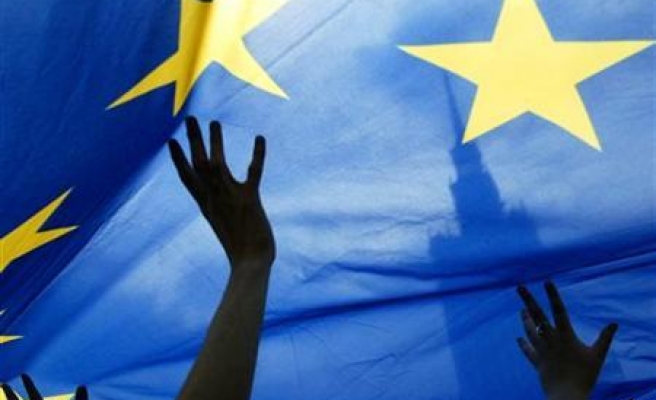 The European Union imposed a ban on purchases of Syrian oil on Saturday and targeted three Syrian firms in an expanded sanctions list meant to intensify pressure against President Bashar al-Assad's government.

The new round of sanctions against Syria marks the first time Europe has targeted Syrian industry as it seeks to cut off Assad's access to funds and force him to end a five-month-old crackdown on pro-democracy protesters which the United Nations says has killed more than 2,000 civilians.

But analysts say the sanctions, which do not go as far as the investment ban imposed by the United States last month, may have only a limited impact on Assad's access to funds.

EU governments are expected to have more discussions on such a ban, but industry experts have said the 27-member bloc will have to overcome reluctance among some capitals, given that European firms like Anglo-Dutch Royal Dutch Shell and France's Total are significant investors in Syria.

The new sanctions target Syria's Real Estate Bank, which provides mortgage finance, as well as Mada Transport and Cham Investment Group, two arms of a Syrian investment firm which the EU says provides funds to Assad's government, according to the EU's Official Journal.

Four Syrian businessmen were also added to a list of people affected by EU asset freezes and travel bans.

Underscoring divisions in Europe over energy sanctions which have slowed the implementation of economic measures against Assad, Italy has won an exemption on contracts agreed before the new sanctions round, which can be fulfilled until Nov. 15.

Experts say the impact of international sanctions on Syria is weakened by opposition from some global powers, including Russia and China, which have resisted a push led by the United States and Europe for a U.N. Security Council resolution laying out more measures.

"We have always said that unilateral sanctions will lead to nothing good. This ruins the partnership approach to any crisis," Lavrov told reporters on the sidelines of a summit of ex-Soviet states in the Tajik capital Dushanbe.

"We are against unilateral sanctions," he added.

"I feel (it) is too late," he told reporters in Sopot. "If we are serious, we should take any steps we take immediately," he said.