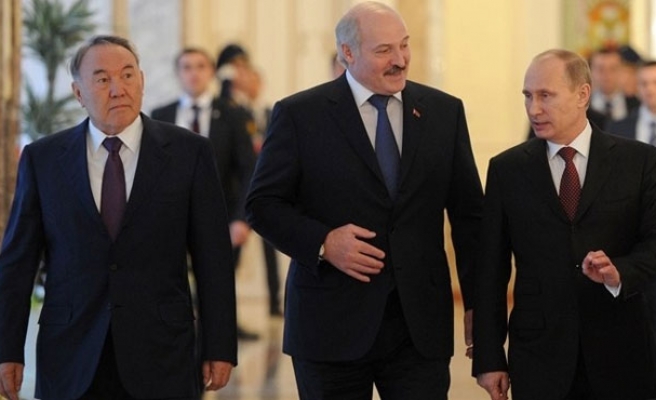 The new Eurasia Economic Union has now become a reality coming into effect today allowing free movement of trade, services, and capital. The new Eurasian integration will begin today with Belarus taking the first Presidency of the Union.

Russian President Vladimir Putin, Kazakh President Nursultan Nazarbayev and Belarus President Aleksander Lukashenko signing an agreement in May 2014 creating the Eurasian Economic Union, with Armenia  the first participating country and Kyrgyzstan joining the union on 1 May 2015.

Turkmenistan and Uzbekistan will also join with Tajikistan saying that they have had an invitation to join the union and were currently evaluating the invitation.

Is the Soviet Union Coming back to life?

This trade block formed under Moscows leadership also begs the question if the Soviet Union will also reunite and be re-established. The biggest criticism of the union seems to be reestablishment of the crumbled Soviet Union.  Nursultan Nazaryev said that this was not possible and that for that to be eventuate is the “idea of brainless people”.

The Union, which addresses a population of 180 million people  allows for free trade and employment between member countries. The first leader of the union is the Kazakh leader Nursultan Nazaryev and this changed into its current form as a project by Putin 2014.  In addition, both leaders are expected to make an announcement today regarding  an agreement concerning Kazakhistan’s first nuclear power plant.