The single currency remained vulnerable to concerns that efforts to contain the debt crisis are not moving quickly enough, while the Australian dollar was hit by unexpectedly poor employment data. 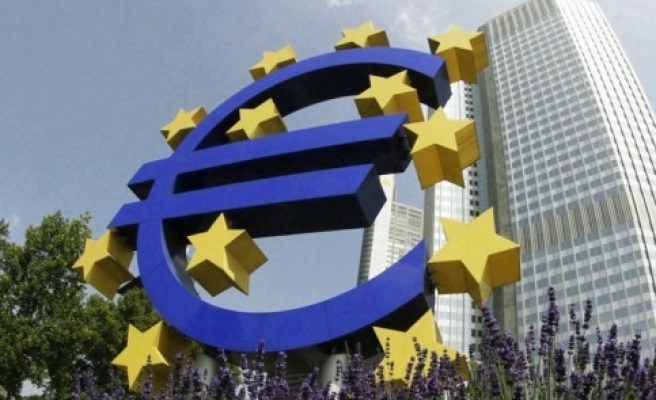 The euro slipped on Thursday ahead of a European Central Bank meeting that is expected to call a halt to its rate tightening cycle to support economies battered by a two-year-old sovereign debt crisis, while a stock rally ran out of steam.

Euro STOXX 50 index futures slipped 0.2 percent percent, giving up early gains, after Asian shares outside Japen edged down as worries about the outlook for the global economy gnawed at investor confidence.

The single currency remained vulnerable to concerns that efforts to contain the debt crisis are not moving quickly enough, while the Australian dollar was hit by unexpectedly poor employment data.

"Volatility still persists and the market is likely to continue to dance to the tune of policy risks involving the U.S. and European economies," said Kim Hyung-ryol, a market analyst at Kyobo Securities in Seoul.

Global equities suffered their worst correction since 2008 in August, on fears of renewed recession in the United States and worries about Europe's widening crisis. Despite a modest bounce in recent sessions, the MSCI All-Country World index remains 16 percent below its 2011 high, reached in May.

U.S. S&P futures fell 0.5 percent during the Asian day, pointing to a softer opening on Wall Street later in the day.

The ECB is the only major Western central bank to have raised rates since the end of the global financial crisis, but is expected to signal a change in policy tack and halt its tightening cycle in response to the sovereign debt crisis and slowing economic growth.

The ECB rates decision is due at 1145 GMT, with President Jean-Claude Trichet's news conference at 1230 GMT.

Market players will be closely watching for any comment on the central bank's buying of Italian and Spanish bonds to force down yields, a policy that has deeply divided its governing council.

U.S. Federal Reserve Chairman Ben Bernanke is due to speak later on Thursday, at 1730 GMT, and President Barack Obama will outline to Congress his plans for reviving the faltering economy at 2300 GMT. With unemployment stuck above 9 percent, Obama will lay out a plan to spur job creation.

Some analysts think Bernanke may hint at further easing steps to try to stimulate the economy, which could put downward pressure on the dollar, although divisions within the Fed could lead him to stay his hand for now.

The U.S. currency was a little firmer against the yen at around 77.33 , while the dollar index , which measures its performance against a basket of major currencies, edged up around 0.2 percent.

The Australian dollar fell 0.7 percent to around $1.0587 after employment unexpectedly fell in August, prompting the money market to price in rate cuts of nearly 0.75 percentage points by the end of the year.

Gold rebounded 1 percent to trade around $1,836 an ounce , after tumbling 3 percent in the previous session.

The precious metal has hit a succession of records, most recently at $1,920.30 on Tuesday, driven by its appeal as both a safe haven in times of economic uncertainty and as a hedge against inflation, which some fear will be the eventual consequence of the ultra-loose monetary policies being pursued in much of the developed world.

"Concerns about economic growth in the United States and euro zone will keep supporting gold prices. Even though we may see liquidation repeatedly along the way, gold will rise towards $2,000," said a dealer at a Tokyo-based bullion house.