World stocks as measured by MSCI were down 0.1 percent with the FTSEurofirst 300 opening sharply lower before stabilizing around a half a percent down. 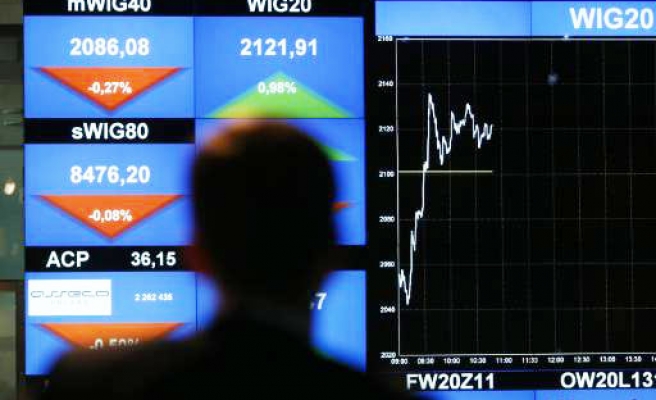 Investor hopes for a bigger bailout fund for euro zone debtors gave way to worries about the details on Wednesday, putting the brakes on a three-session stock rally and sending European shares lower.

Equity markets have rallied over the past few sessions on expectations that European officials will aggressively tackle the debt crisis in its peripheral economies, notably Greece, by boosting the euro zone's 440 billion euro rescue fund.

But the plans face opposition in Germany and there are signs of a split within the currency bloc over the terms of Greece's next bailout.

The uncertainty was enough to take the air out of the tentative global stock rally.

World stocks as measured by MSCI were down 0.1 percent with the FTSEurofirst 300 opening sharply lower before stabilizing around a half a percent down.

The European index has lost close to 17 percent this year.

"But we are a long way from it being concluded."

International auditors were heading for Athens to continue discussions on the next tranche of agreed aid, while Germany suggested a new bailout may be renegotiated.

"We saw a late reversal of some of last night's big risk on moves on reports that European leaders were not completely united on the planned policy response," ANZ said in a note.

The dollar was slightly higher against a basket of major currencies.

"There were comments from Barroso on considering a wider lending mechanism to help the Greek banking system and that's knocked Bunds a bit and also we have the five-year (German) supply coming up," a trader said.

Germany will sell 6 billion euros of new 5-year bonds later in the day.