Euro zone officials acknowledge that such policy ideas are circulating and some could constitute a longer-term response to the 20-month debt crisis. 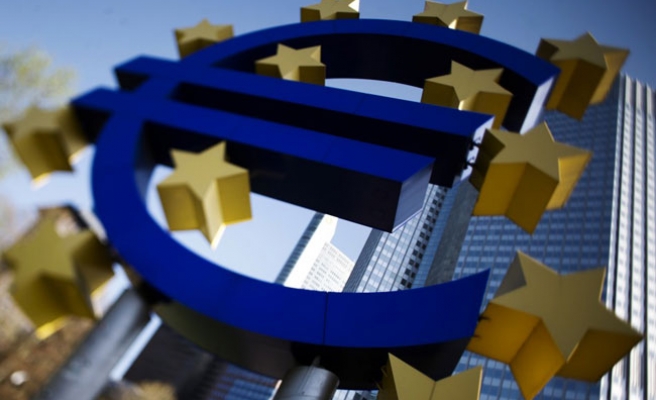 Euro zone officials played down reports on Monday of emerging plans to halve Greece's debts and recapitalise European banks to cope with the fallout, stressing that no such scheme is yet on the table.

But officials said media reports that planning was already in place for a 50 percent writedown in Greek debt and a vast increase in the euro zone rescue fund, the EFSF, were highly premature.

"There is no change to the framework we are working on," said a euro zone official who is involved in decision-making on financial assistance to Greece, Ireland and Portugal.

"All this talk of a specific haircut for Greece or an enlargement of the EFSF, it is all just speculation. We are not working along those lines," said the official.

German Chancellor Angela Merkel, struggling to convince her fractious centre-right coalition to back a strengthening of the EFSF in a crucial vote on Thursday, said on Sunday that letting Greece default would destroy investor confidence in the euro zone.

Diplomats said any talk of a fallback plan for Greece that would raise the cost to German taxpayers could only make her task more difficult in parliament this week.

Private economists and Brussels think-tanks are forecasting a Greek debt default within months or sooner, coupled with a capital injection for European banks and a 'leveraging up' of the EFSF so that it can handle fallout in Italy and Spain.

Euro zone officials acknowledge that such policy ideas are circulating and some could constitute a longer-term response to the 20-month debt crisis. But they insist no specific plans are yet in the works.

Instead, planning continues on the basis that Greece's debt burden, which is close to 160 percent of GDP, can be sustained as long as the government fully implements austerity measures demanded by the European Commission, the European Central Bank and the IMF, the so-called troika.

IMF Chief Christine Lagarde, the former French finance minister who until four months ago was tackling the crisis from the European side, also made it the euro zone needs to act more decisively, notably to recapitalise banks on a large scale.

Quietly, euro zone policymakers accept that a combination of a much deeper Greek debt restructuring allied to coordinated bank recapitalisations and a bolstered rescue fund would make sense and might help the euro zone get on top of the crisis.

But such a plan would require support from all 17 euro zone countries, and it takes time in the EU's decision-making structures to bring so many moving parts together at once.

"The ideas are all there, but it's not as straightforward as just sitting down and deciding it," said another euro zone financial official involved in handling the crisis.

"Many of us can agree privately that anything less than a 50 percent haircut for Greece would just be cosmetic, but getting that decided by all and implementing it is not so easy."

Instead, the next step is expected to be a decision by the EU, ECB and IMF to sign off on the next tranche of support for Greece -- the sixth payment from the original 110 billion euro emergency package agreed in May last year.

The timing will depend on when the troika completes a review of Athens' progress on implementing deeper budget cuts and tax-raising measures. Without that 8 billion euros, Greece will run out of money to pay October wages and pensions.

Olli Rehn, the EU's economic and monetary affairs commissioner, has said he hopes a decision can be taken by mid-October. It's unlikely to come any sooner.

Germany's deputy finance minister, Joerg Asmussen, said there was no chance euro zone finance ministers would be able to sign off on Greece's next aid tranche when they meet next week.

"Given the delay of the troika mission, I do not see that the upcoming Eurogroup on Oct. 3 will decide on the sixth tranche," he said in a speech in Washington on Sunday.

Financial markets and the private sector seem to be moving more rapidly than policymakers to prepare themselves for the likelihood of a Greek default.

Safe-haven German government bonds fell on Monday and shares rallied partly due to a belief that European policymakers were working on more decisive action to tackle the debt crisis. Such hopes could be quickly dashed.

J.P. Morgan Securities said it expected euro zone governments to ease the funding crisis among European banks via a capital injection of up to 150 billion euros, an initiative that would be similar to the U.S. TARP programme.

"Euro-TARP is in our view the best risk-reward medicine for opening the Eurobank funding market," J.P. Morgan analyst Kian Abouhossein write in a note to clients.

In a separate report, UBS analysts said they expected some form of intervention from the European Central Bank and a euro zone guarantee scheme for bank term debt, or a Euro-TARP initiative, to provide "sticking plasters" for the system.

But there are no signs that any such plans are formally in preparation at this stage, again underlining that policymakers may be behind the curve in tackling the crisis.

Euro zone officials acknowledge that the EFSF, which will soon have an effective capacity of 440 billion euros, is not big enough to handle a potential bailout of Italy or Spain, the region's third and fourth largest economies. But there is no clarity on how the fund could be raised without more guarantees.

One idea is for the fund to act as an insurer, guaranteeing the first portion of losses on Italian or Spanish debt. That could "leverage" its capacity four or five times, but the legality of such a scheme remains to be established and nothing has been put to euro zone finance ministers.

Another proposal would be to turn the EFSF into a bank, which would allow it to access ECB funds, meaning that it would effectively have unlimited capacity. But the ECB has raised concerns about such a step, which would politicise ECB operations and put it on the line for massive liabilities.